Turn Up In Tampa

As we all know, the title of my blog is the Consulting Lifestyle. And as we also know the Consulting Lifestyle is one full of excitement, constant change, and of course loads of travel! I recently got rolled off of my project based in Detroit and was “on the bench” for a little less than a week. For those of you who are unfamiliar with that term, “on the bench” basically means that you are staffed on a client and doing work for them. This is a part of every consultant’s work life and can last really range how long someone is on the bench. However, I got pulled onto a project really quickly that just so happened to be in Tampa, Florida! This was definitely a big change from the very industrial Detroit and I was ready to head down to the Sunshine State! 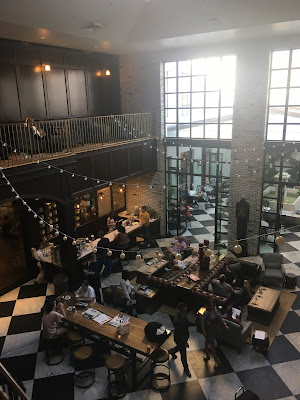 I of course cannot speak directly about the project because of confidentiality reasons, but as I said it did bring me to Tampa and to a much warmer climate! It literally felt like summer down there and the rest of the blog is going to highlight some of the prime spots that I visited during my time in the city! 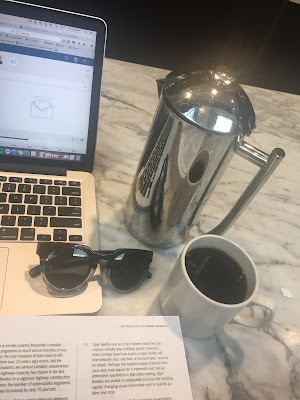 The first of these is the lovely Oxford Exchange! This venue is part restaurant, part gift shop, part bookstore, part coffee shop, and part tea shop. Oh, and it’s also got its very own Warby Parker store located inside! So basically, it has everything you could ever need! 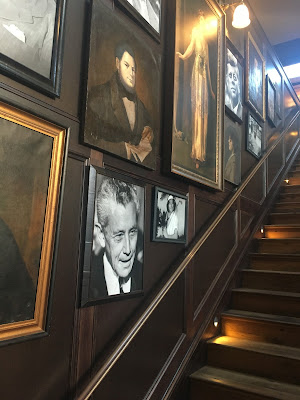 This super cool spot was originally built in 1891, making it one of the most historic sites in the city. My favorite thing about this place though is the mixing of cultures you feel from its atmosphere. From the name you can clearly tell that there is a British influence, and you can also feel it in a majority of the decor and the adherence to British rules about tea time. However, because of Tampa’s distinct history and cultural combination with Cuban culture this is also seen in the decor, the coffee, and the food choices. 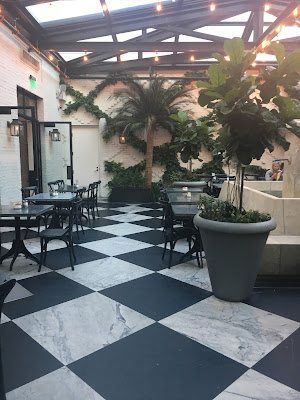 I decided that I would use in lieu of travel so that I could spend the weekend in Tampa and get to see more of the city. Friday consultants typically work remotely and since I was still in Tampa I chose for The Oxford Exchange to be my base for the day. I visited the restaurant for lunch and had a great meal, with a sandwich featuring the catch of the day. Afterwards, I visited the coffee shop and got one of the best french presses that I’ve had in while! 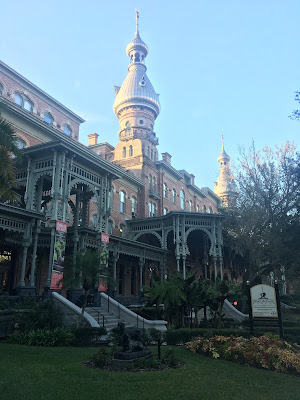 When work wrapped up for the day I hopped over to the Henry B. Plant Museum, which was a brief walk from The Oxford Exchange. This museum is located on the campus of the University of Tampa. I was all about the aesthetic of the campus and it included some prime buildings much like this! 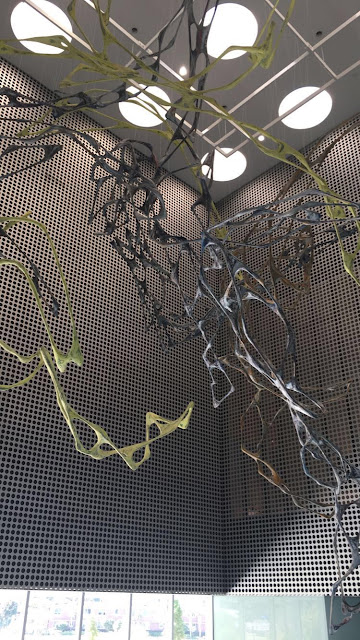 When the weekend arrived I was determined to go to the beach and get a tan, to be completely honest. But I did want to supplement my time catching some rays with at least a little bit of culture. 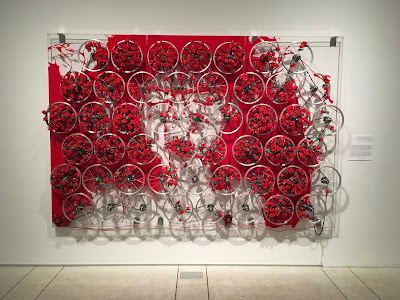 So, my first stop was the Tampa Museum of Art! Located right in downtown Tampa and also right on the waterfront! This museum is the only one in the country that has an entrance accessible by boat, so that’s a nifty little feature. 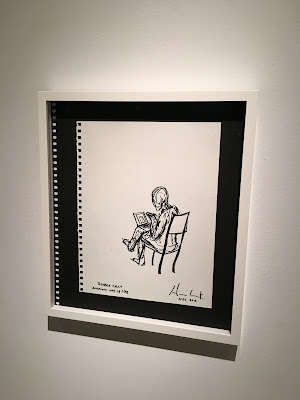 The art here has a wide range of backgrounds, but perhaps the most interesting is the Cuban inspired work, much of which is from natives of both Tampa and Florida. 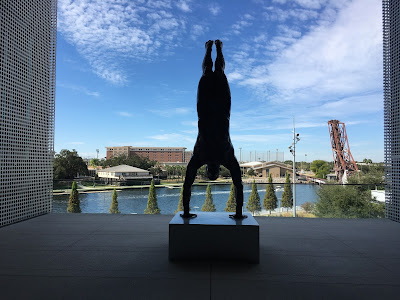 I would also comment that the sculpture work in the museum was quite strong! 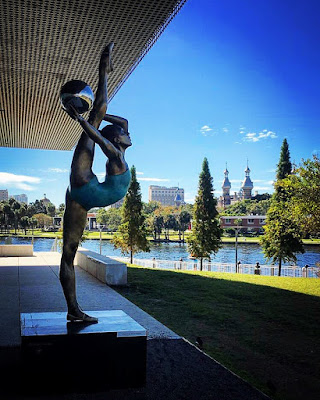 The museum also doubles as a great spot for brunch! With the option of dining both inside and outside, you’ll be able to either view some lovely art whilst eating or have a fantastic view of the waterfront! 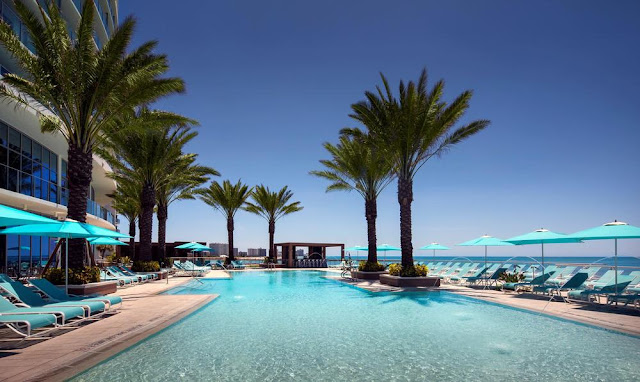 But now for the main attraction for me of Tampa, the beaches! I had two days to spend at the beach and I had been given similar suggestions from all the Tampa natives that I had met. First, they said that I had to visit Clearwater Beach! Apparently, it has been rated as one of the best beaches in the country, and I have to say it was pretty nice. I wandered around to various beach lounges throughout the day enjoying various tropical drinks and amazing weather! 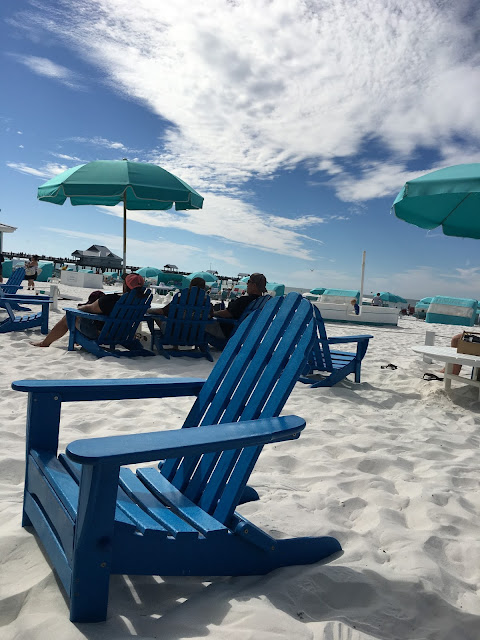 Clearwater Beach was great, but I do have to say that it was pretty crowded. This can be a good and bad things for a beach day. There were plenty of people which meant that there were some fun events going on throughout the Boardwalk. However, for someone trying to get some GMAT studying in it might not have been the best. The food at Clearwater was also very good! Tons of fresh catches and specialty drinks to be had. Sunday though, I ventured over to St. Pete beach. This beaches layout is a little less obvious than Clearwater, mainly because it doesn’t really have a completely central area (or at least one that I found) to gather and go to. BUT that does mean that there are areas with a ton more privacy, and honestly way more relaxing! I found a wondrous part of the beach at “The End of the World” and was so amazingly relaxed and able to tan and study. It was truly glorious. 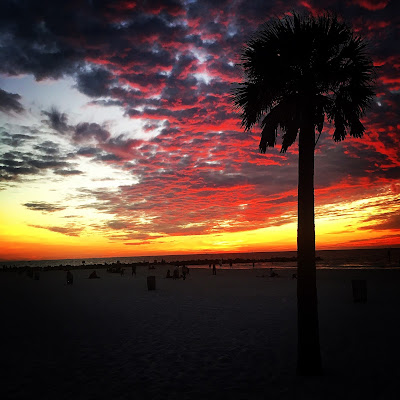 I ended the day with this amazing sunset! I would definitely recommend both of these beaches if you ever find yourself in Tampa, but there are also many others for you to check out!
Other highlights of Tampa that I would suggest, but don’t have pictures of, are the Salvador Dali Museum in St. Petersburg, Columbia Restaurant, which ironically serves the best Cuban food in Tampa, and the various other museums in Downtown Tampa.
JRL
beach blogger domestic travel Florida fun holiday lifestyle ocean party short trip sunshine Tampa travel trip vacation waves weekend
0