Spring Break, a time when college students flock to tropical locales to get their tan (and usually their drink) on. And while I was desperately wanted to venture on a cruise or Caribbean vacation with some of my closest friends I had more pressing matters to attend to. Specifically, I had to make my way down to Atlanta, the city I will be working in post graduation, in order to explore and find my new apartment. The Atlanta housing market is surprisingly competitive, nothing like New York where I thought I would be, but still requiring a large amount of planning and advanced notice. As a result, I dedicated my spring break to finding the perfect place for me to live during my time in the Peach State’s capital. This meant going on nearly 50 showings during my time in the city! 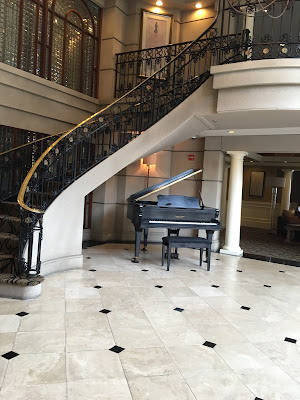 Now, I’ll spare you the endless details regarding the seemingly endless number of apartments that I saw, but I will say that I’m extremely excited to be moving down to Atlanta and I think the city has endless amounts of promise. Here is one example of a gorgeous lobby in a building I am extremely interested in! 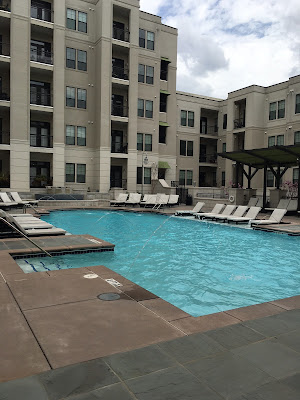 And here is another example of an apartment I am considering, which has one of the best pools I have seen outside of a beach resort! However, amenities aside I wanted to spend this post talking a little bit about what students can expect when they are planning to move to a new city upon graduation and the realities that can hit as well. First, is deciding which area of the city you want to live in. For me this was the main struggle while I was in Atlanta. From what I have heard through talking to UNC alums that live in Atlanta is that the best areas to live in are Buckhead and Midtown, but I was also considering living in Sandy Springs because that is where my home office is located. Weighing these three major options this is where I focused my search. For recent grads, I would highly recommend doing your research and knowing which part of the city you would be most interested in moving to. 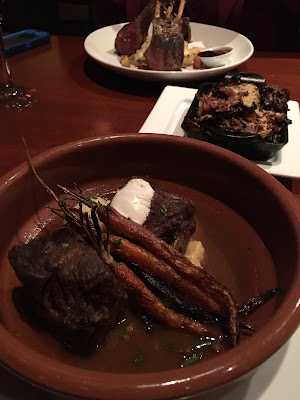 The next is the community in which your apartment will be located in. Oftentimes, new graduates move to cities where they don’t know a single soul. This can be a daunting experience, but can luckily be offset if you can find a community with other young professionals with similar interests. On an unrelated note though, food in Atlanta is wonderful! Picking an apartment based on the quality of food located near it might not be a bad idea! 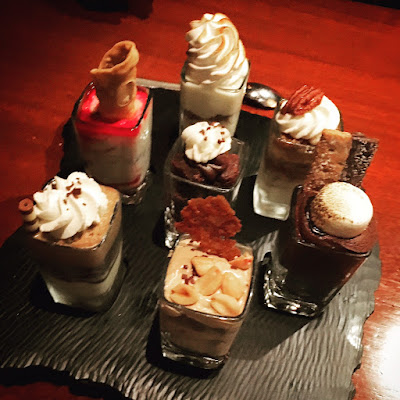 And the desserts at this particular Buckhead restaurant, Seasons 52, are a major selling point for the apartment I viewed that was a 5 minute walk away. 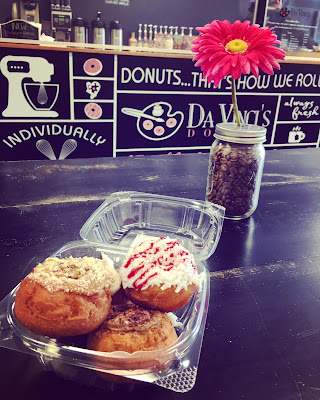 Another important thing to remember when moving to a new city is to keep an open mind. I realize that this may sound extremely cliche, but I truly do think it is one of the most important attributes to have to maximize your time in this new place. For me, I love exploring unique spots in cities that relate to food and fashion. This local gem, Da Vinci’s Donuts, is one example. Gourmet donuts in every flavor you could imagine, with my personal favorite being pina colada! 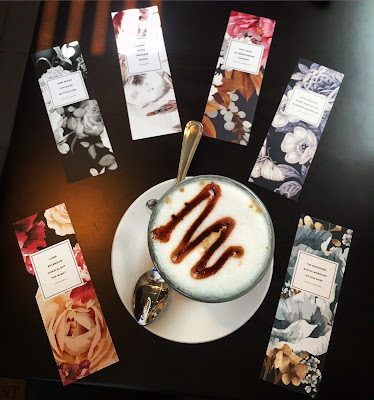 And this exploration of course extends to one of my favorite pastimes, coffee! 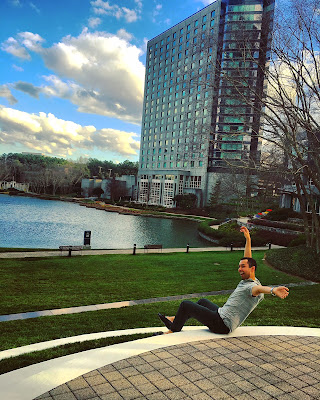 Another important part of moving to a new city is to be excited about it! Of course, it can be scary to move and start a new chapter. I know I’m going to miss UNC and I honestly don’t even know if I’m ready to graduate. But being thrown and there and being optimistic about your circumstances never hurt anyone! 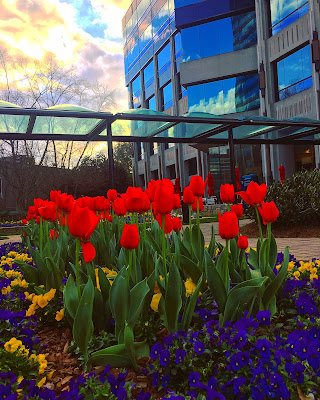 So now back to my specific spring break trip. As I mentioned, we say 50 apartments in around 5 days. It was moderately insane. And I was definitively tired. But I can say that I think I found my future apartment when I move down to Atlanta, I just have to decide which one of the 50 I will ultimately select. 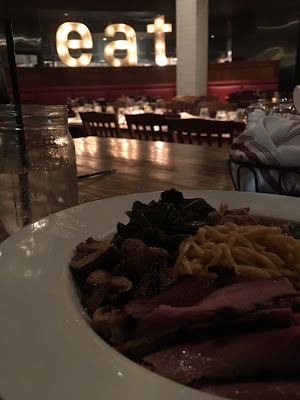 But my overall impressions of Atlanta are that I was pleasantly surprised by the city. I’ve visited the city several times and have hit all of the typical tourist attractions, however, I don’t think I’ve ever gotten a true impression of the city until now. Atlanta definitely has a big city feel with all the Southern charm that I’m used to in North Carolina. The people were extremely friendly and luckily there is always something to do. One of my complaints recently about Chapel Hill is that it is so small and there aren’t as many things to do. That’s one of the main reasons why I wanted to go to New York after graduation because I absolutely love the hustle of a big city. However, after living in New York for a summer my freshmen year I got my taste of the city and realized how big of a commitment it is to live in New York. And while I see myself ultimately in the city, right now I can wait a while before I live there permanently. One thing I will say is that Atlanta is hot. They don’t call it Hotlanta for anything. That will be one thing that is a change for me. North Carolina is hot, but not that hot. Like if I could use the fire emoji in this post, I would.
JRL
adventure apartments Atlanta blogger domestic travel exploring friends fun GA lifestyle lifestyle blogger shopping Southern spring break travel
0