The next week in this GLOBE journey meant the start of classes, but instead of talking about that (there will be plenty of time for that later) I’m going to talk about the beautiful sightseeing tour we went on to start our week last week. This is basically GLOBE IX does Copenhagen in a day since we went to a large majority of the major sites around the city. 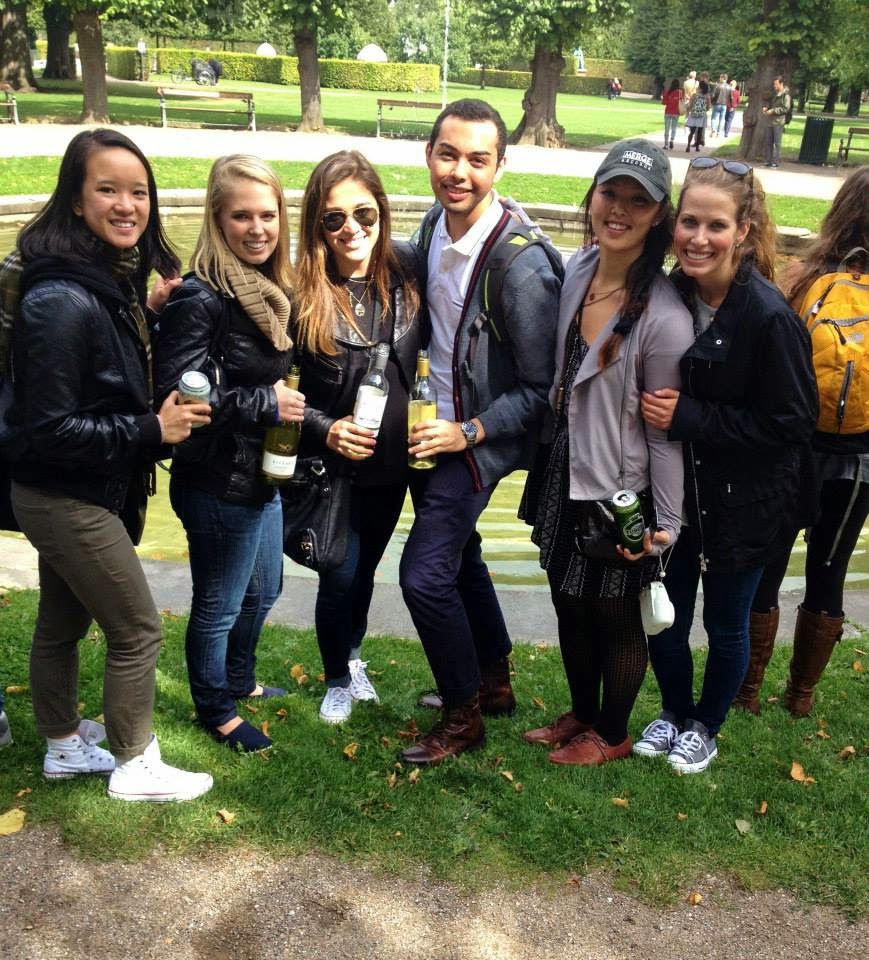 Naturally the excursion started off in Copenhagen’s King George Park, which is conveniently located near numerous castles and is right near the center of the city. And since we were going on an extended walking tour our Danish GLOBE friends advised us that we needed to stay hydrated. It is worth mentioning that in Denmark there are no open container laws, so walking around with a beer or wine in hand is completely normal, in fact it’s something you see a lot here. 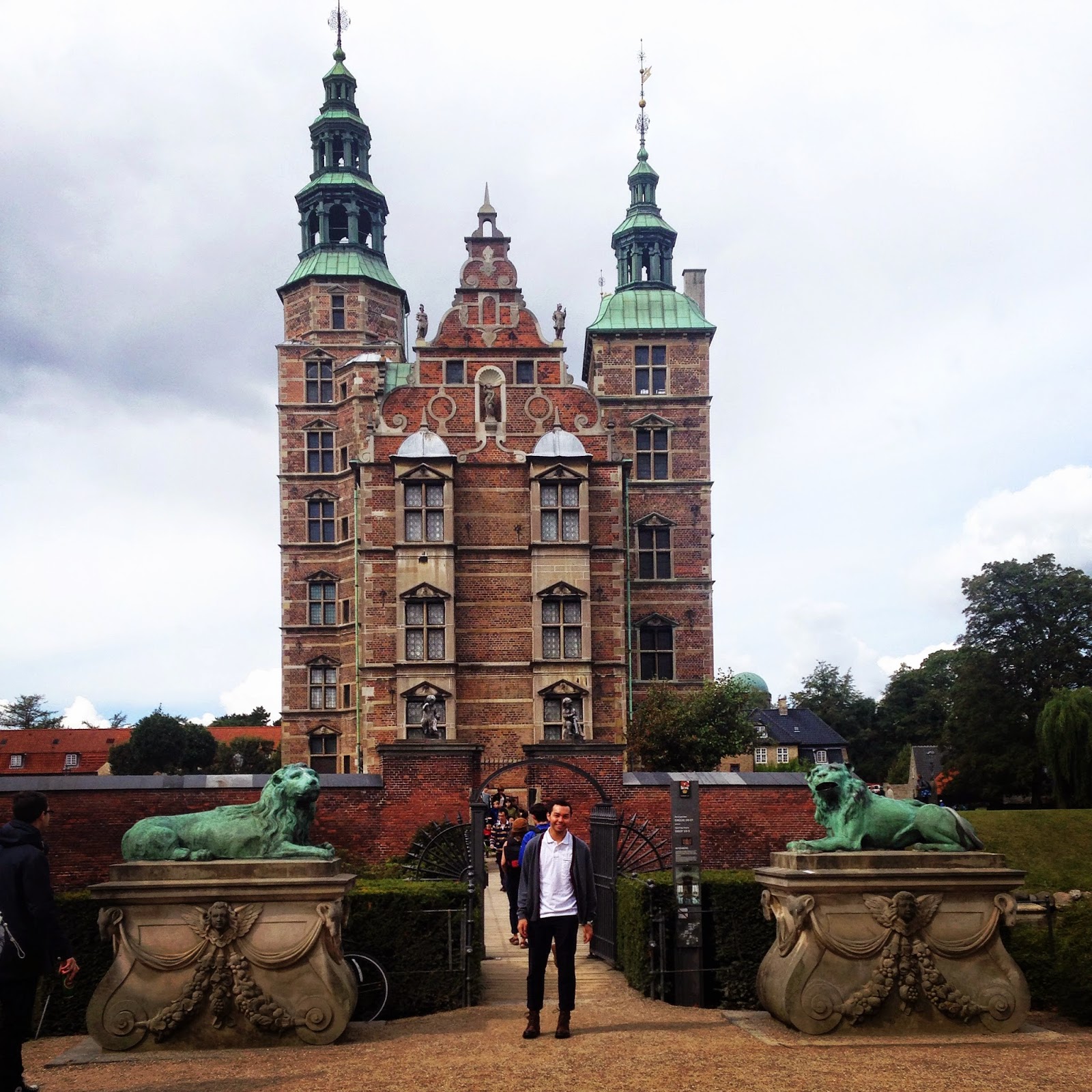 So with our beverages purchased we made our way to our first landmark of the day, Rosenborg Castle! One word, GORGEOUS! Like this picture just makes me smile, plus it helped me to break my Insta record so there’s also that. But seriously, this city has so much beauty around it that it’s nearly impossible to not be overwhelmed! 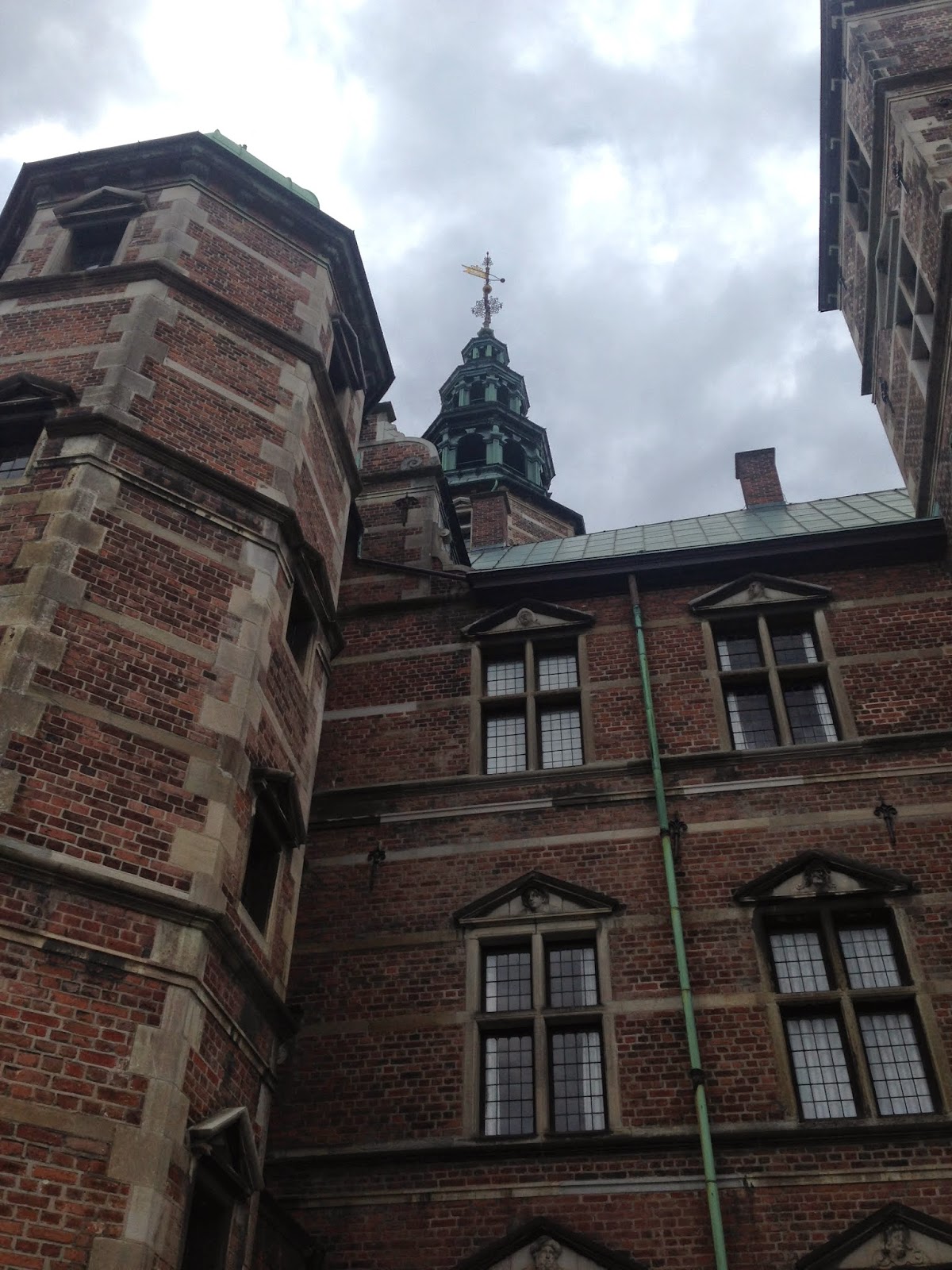 A shot of said castle from a different angle. I probably should have brought the Nikon along for this trip but I think that the Iphone camera delivered pretty well. 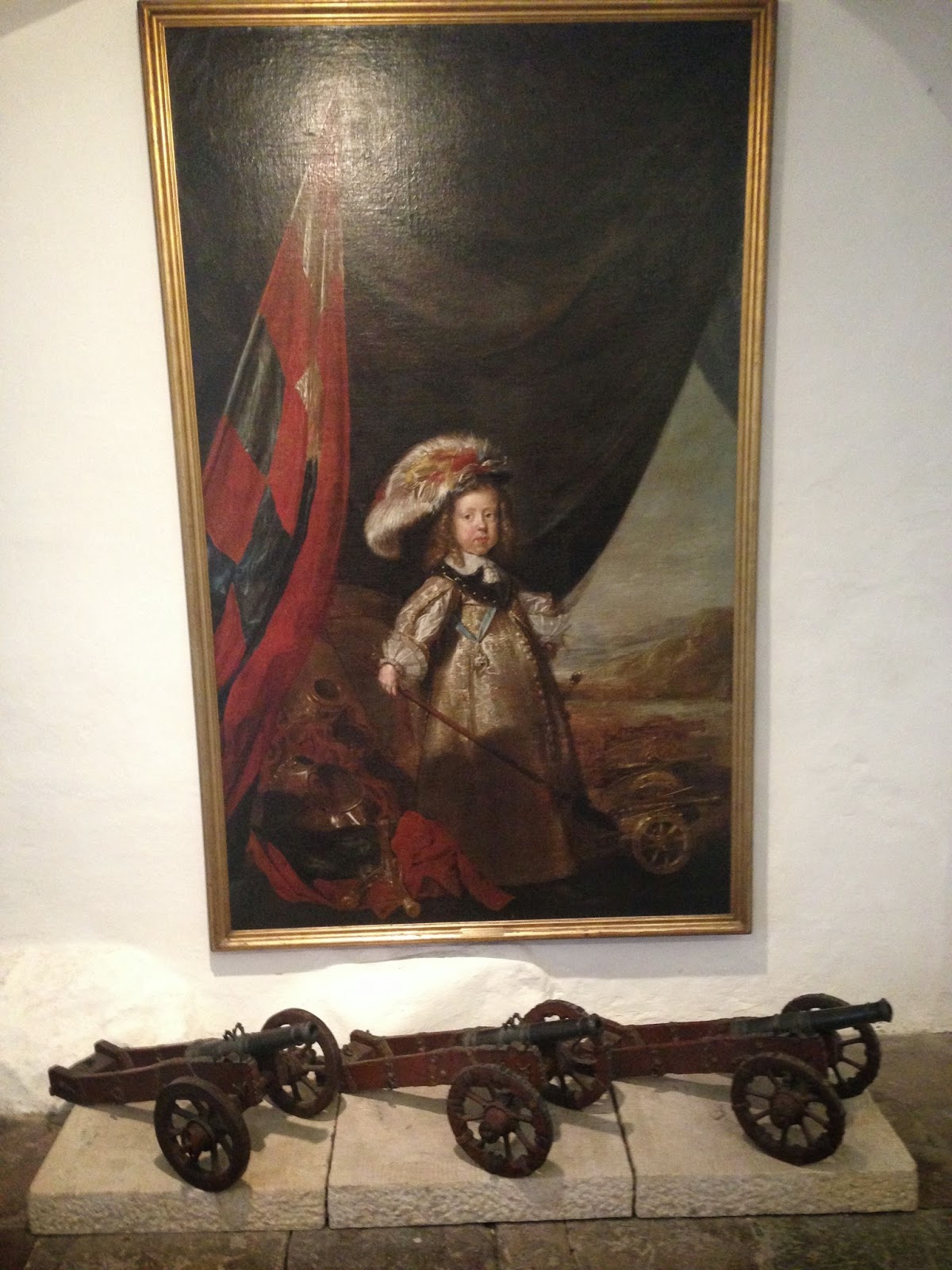 Some Danish royalty. Don’t know who but I’ve always loved paintings of this style and from this era (if you had seen my in the Louvre I was a mess). 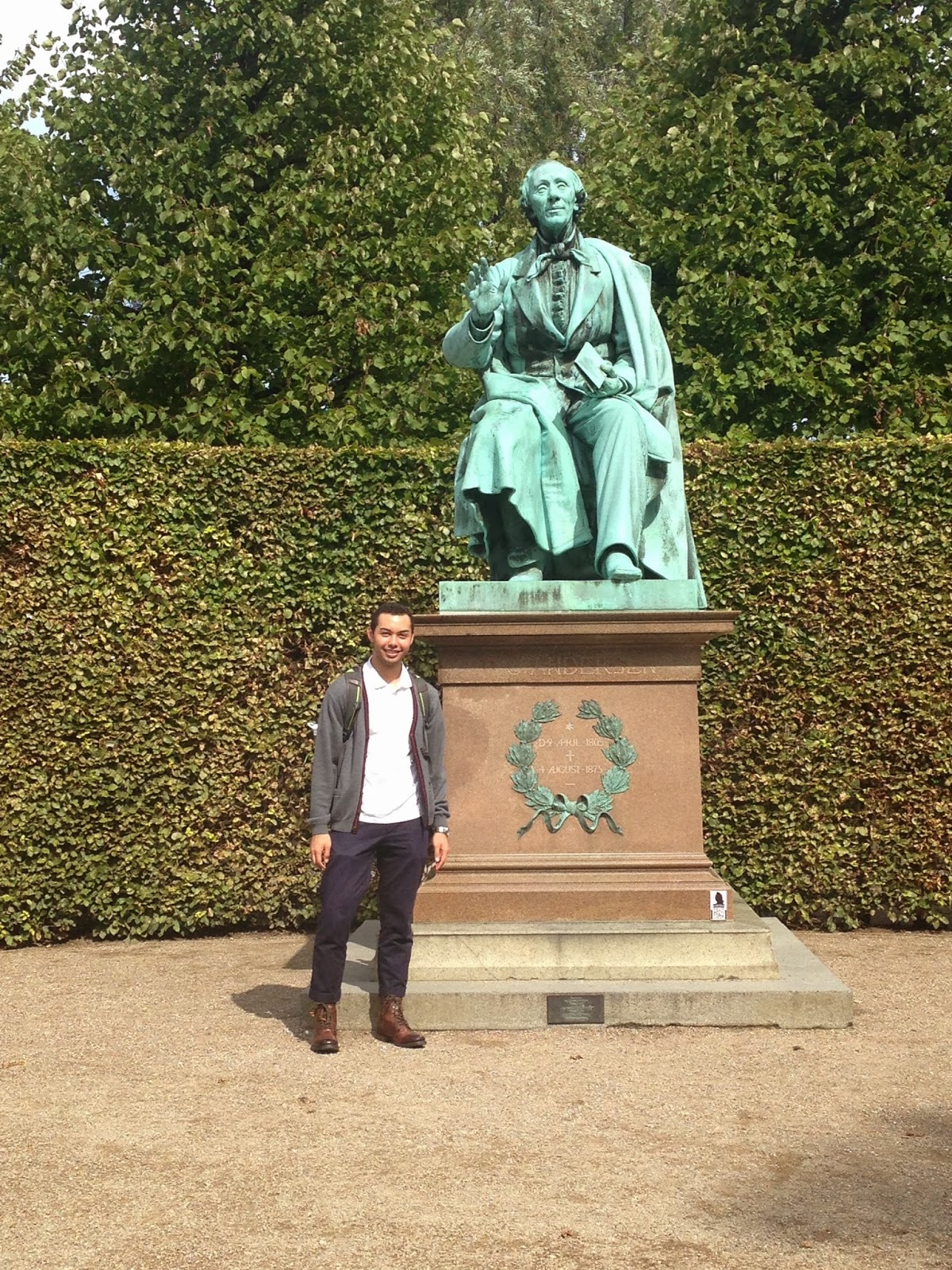 And another must when in Denmark is to take a picture with 1 of the probably 1000+ Hans Christian Anderson statues that are in the country. Seriously though, they’re everywhere…

Next stop the Cathedral of Copenhagen! Obviously the cathedral is gorgeous, but what was interesting to me was the differences between this cathedral and the others that I had seen in Europe beforehand. The Danish architectural style is very similar to what I would say the fashion style is here, classic yet not overstated or loud. 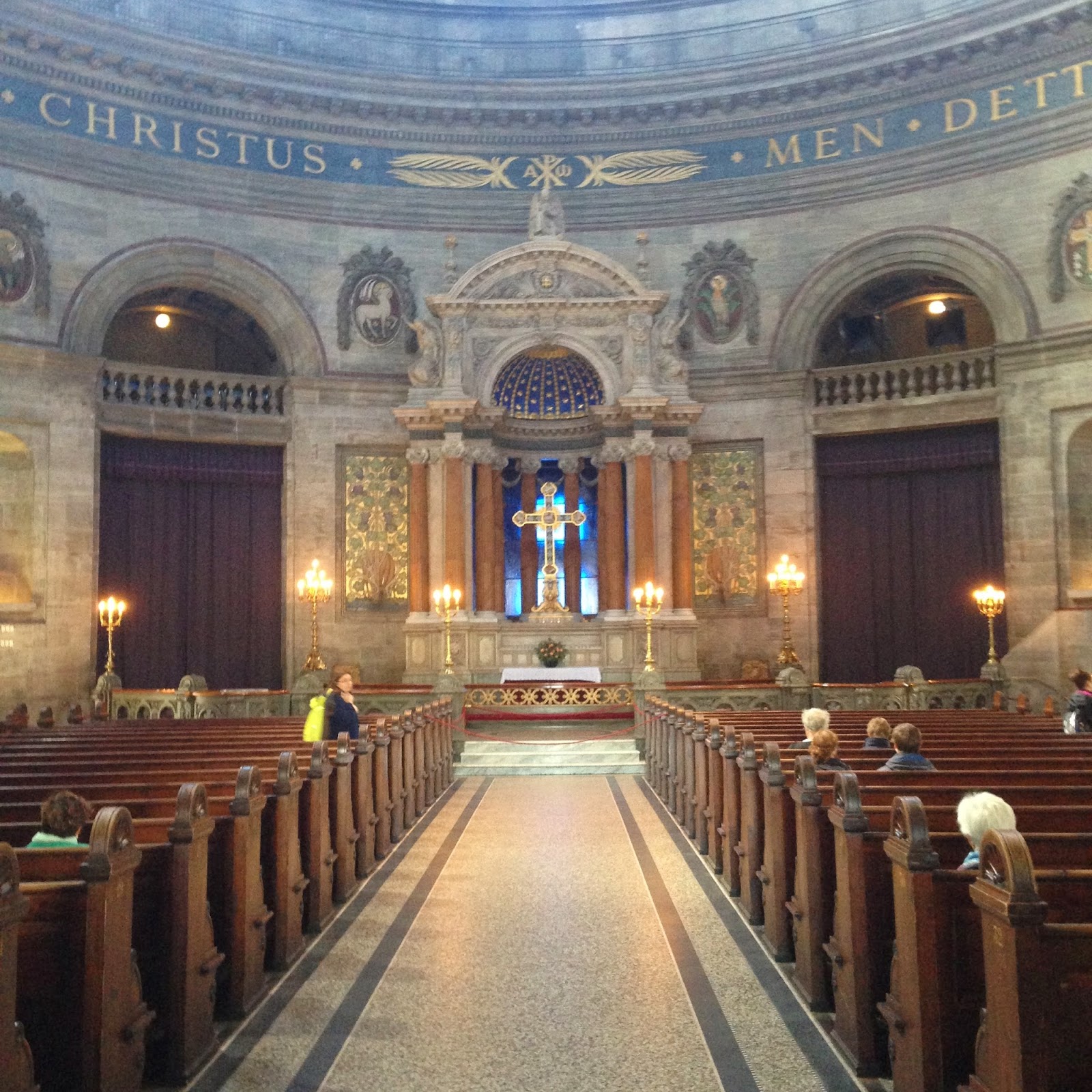 Clean lines and lots of light definitely reign supreme in this magnificent building. 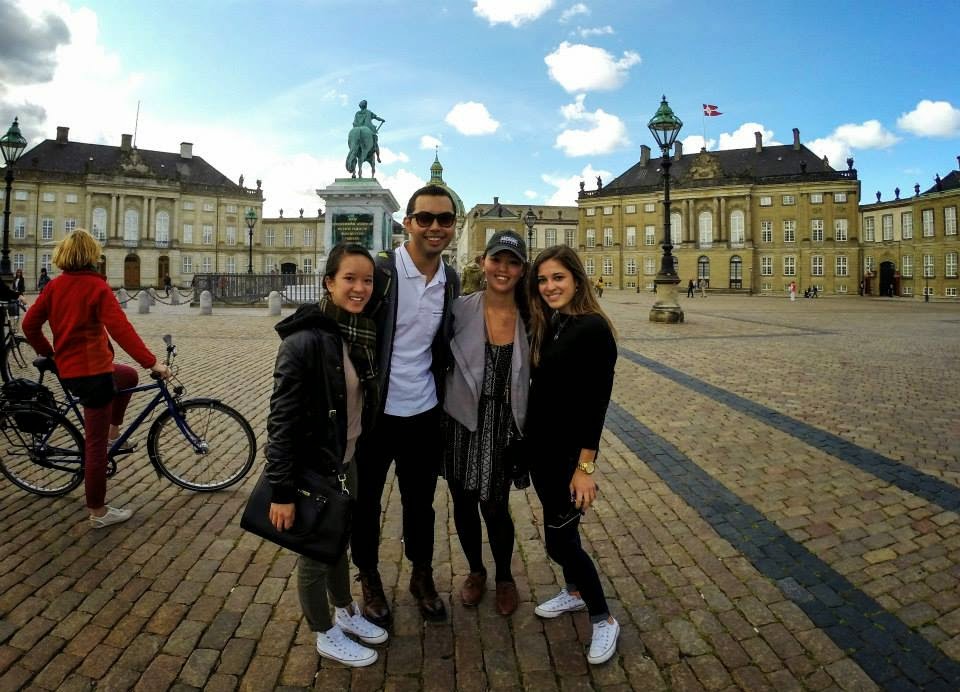 Conveniently the cathedral is a mere 150 meters (maybe) from the Royal palace and I think the Parliament building of Copenhagen. The entire square where the royal palace is beautiful and while it isn’t overwhelmingly grand like Versailles or Buckingham Palace there is a sort of homey feel about it (I mean as homey as you can feel from a palace).

If you couldn’t tell I’m all about the panos recently. 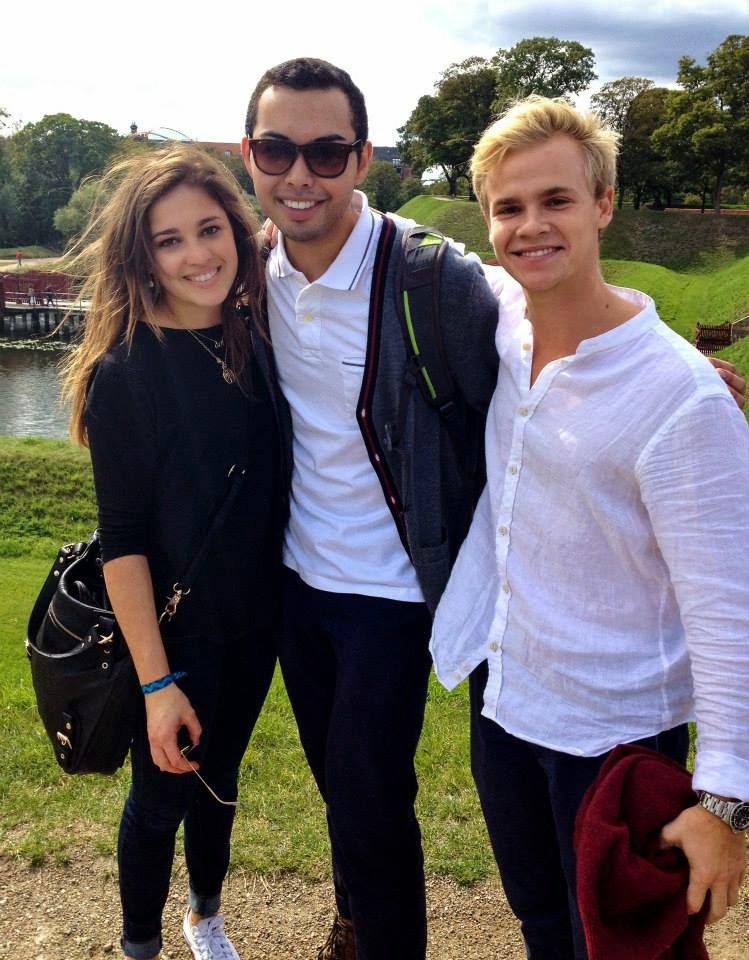 And here are just some random shots from around the city! 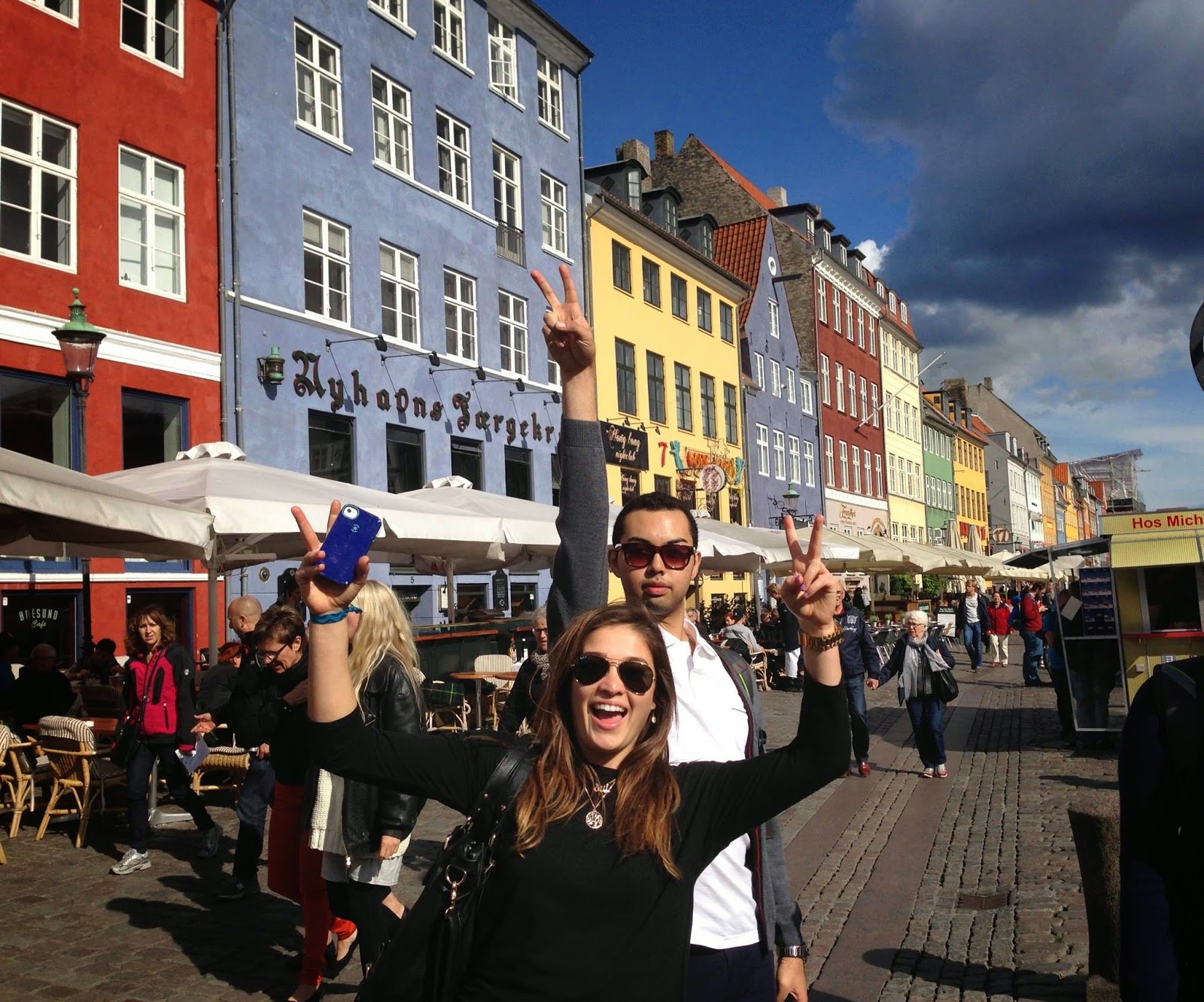 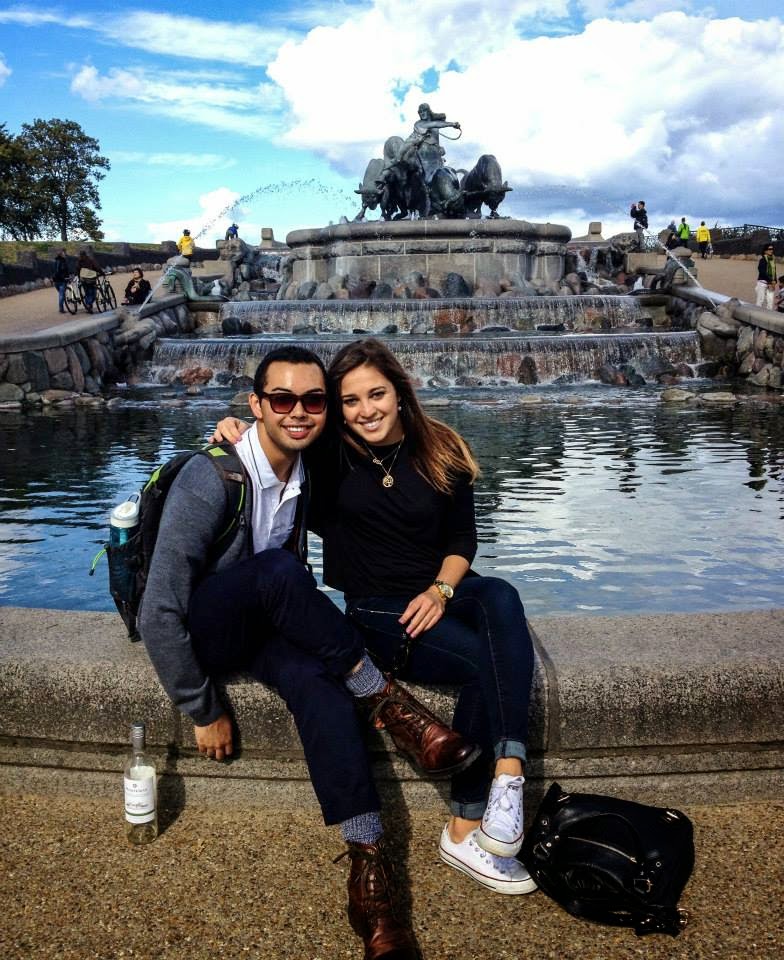 The last 2 major sights we saw for the day were the Gefion Fountain (right above here) and the Copenhagen Marina (I think that’s what it’s called). Both gorgeous. Both classic Copenhagen. 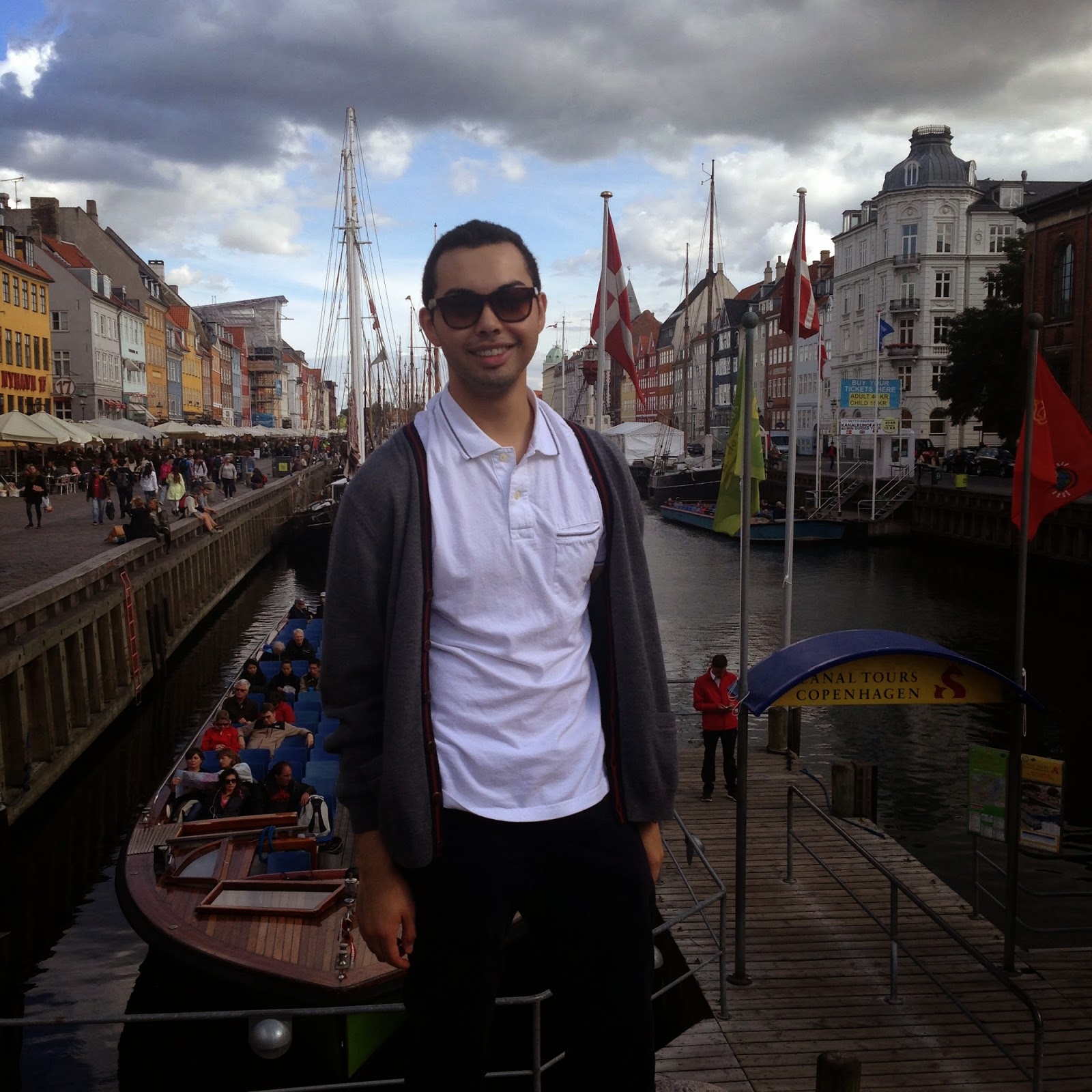 And the picturesque Copenhagen Marina is a must see for everyone. I had no idea how big of an industry shipping was in Copenhagen but it’s actually quite important. But anyways that was a large majority of the sightseeing tour that we got to go on and I really feel like I know the city in a different way now. I can’t wait to keep exploring this place and finding out as much about it as I can!
JRL 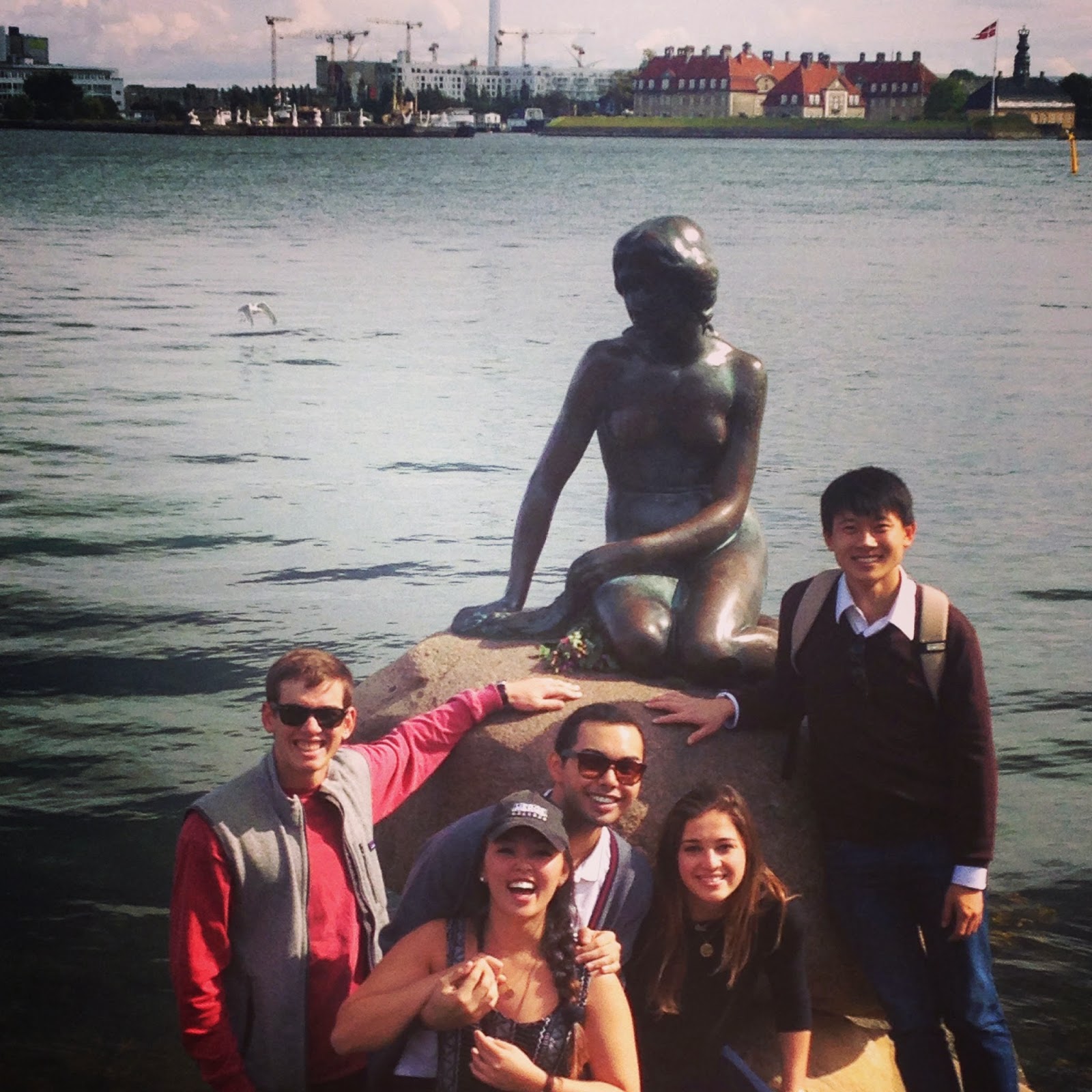 Oh my god wait! I almost forgot Copenhagen’s actually most famous landmark. The Little Mermaid statue. Wow that’s a brain lapse. But think of every cliche about the Little Mermaid and I probably did it when I got the statue just so I could feel like “A Part of That World.” I mean I didn’t want to be “A Poor Unfortunate Soul,” because living “Under the Sea,” would totally be cool. Ok now I’m done.
JRL
blogger Copenhagen Danish Denmark exchange exploring friends fun GLOBE international learning Men's Fashion Blogger sightseeing student study abroad travel travel blogger UNC wanderlust
0