So this is super delayed, especially since women’s fashion week came and went from New York and is currently in Milan. BUT, that doesn’t matter! Because I still need to share how amazing New York Fashion Week Men’s was since it was shockingly the first time I’d been to men’s fashion week! Plus, we can definitely still talk about the trends that will be popping up from men’s fashion and all the outfits that I wore to the shows! 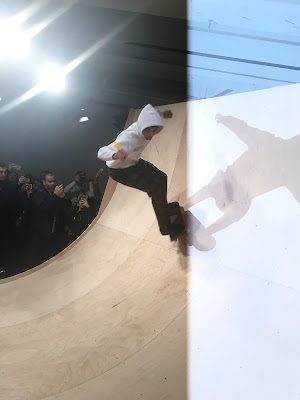 So the first show I went to on Tuesday, which was easily my most booked day, was the Steve Aoki and Dim Mak collaboration collection! Steve Aoki is obviously a huge star in the music industry and his collab collection brought out some starts to the show! Most notably was the NYC rapper Fabolous. And no big deal or anything but I stood next to Fabolous during their half pipe themed show and was low key featured in his Instagram Live Video! 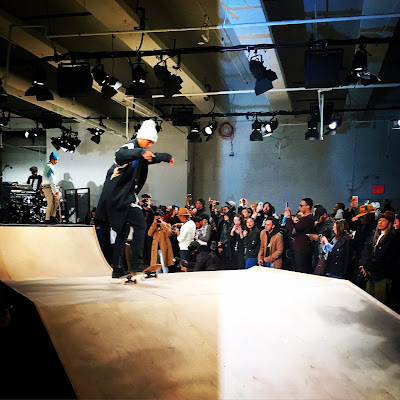 But yes, as I mentioned the brand did their entire collection by presenting it on a halfpipe! Talk about a change up! I didn’t think after the outer space themed Nick Graham show the day before that things could get more interesting but I was wrong! I loved the concept of the show but the skateboarding aspect did make it a bit more difficult to actually see the clothes and photograph them. However, the vibes were SO strong and everyone loved the concept! 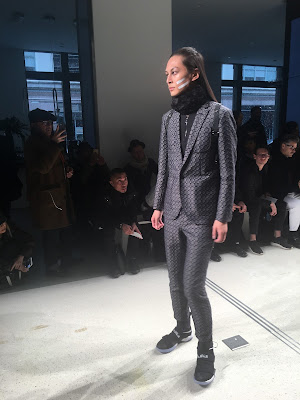 And in the midst of all the excitement it started to pour down snow during the show. This was exciting because yay snow and it was very New York and very pretty. But also not exciting because I had to get to the shows, which were pretty spread out the rest of the day and Ubers were just not wanting to pick me up. 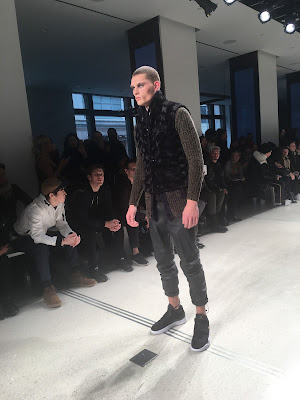 But that did not stop me from venturing out to the Cadillac House, luckily only a 5 minute walk, for the EFM (Engineered for Motion) show, which I had a front row seat for! 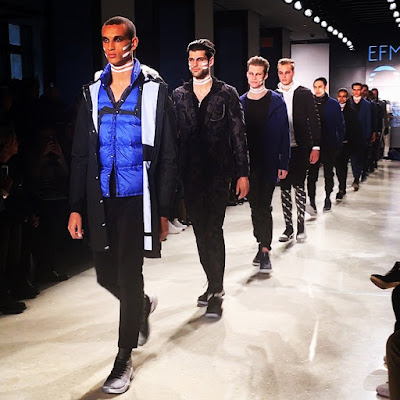 And in all honesty thank goodness I made the trek to the show because I absolutely LOVED it! Seriously, their clothes were exactly what I loved and what I think represents my life and style. They had awesome suiting pieces that are still perfect for the work day because of their comfort and quality, hence the name of the brand, but also had awesome casual pieces with a street style edge! Still think this might have been my favorite show of the entire week! 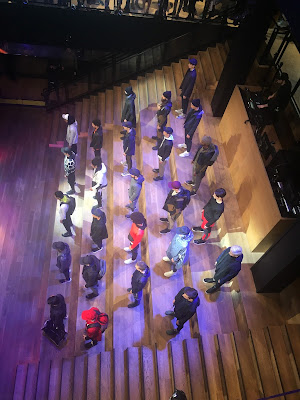 From that show I had to go even further to my next one at the Samsung experimental space for the DYNE presentation. They took over the entire space and used Samsung as their platform and official collaborator for their activewear pieces that link to Samsung technology to digitally track your fitness and workout! 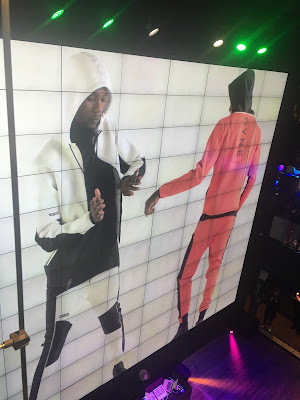 They went super high tech with this amazing video played in the center of the presentation while the models walked around and demonstrated how you can use your Samsung devices with the pieces of clothing. 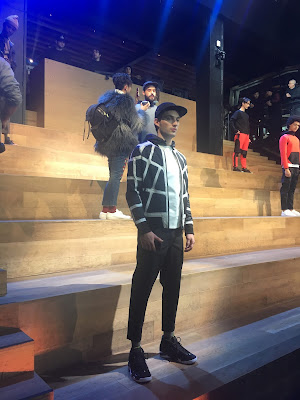 In theory I loved the concept! But in practice it wouldn’t work out for me because I am #TeamIphone all the way. The clothes themselves were nice and have a very Adidas edgy feel, but not being able to utilize the full functionality because of the type of phone you have was kind of a turn-off for me. 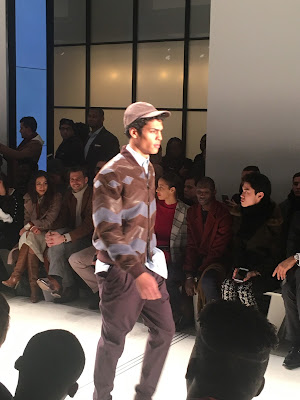 The next show I was attending was back at the Cadillac House and was the Brett Johnson show! The venue of the Cadillac House is great but the collection underwhelmed just a little. It was nice and I did love certain pieces, but as a whole I wasn’t overly impressed by the overall collection. 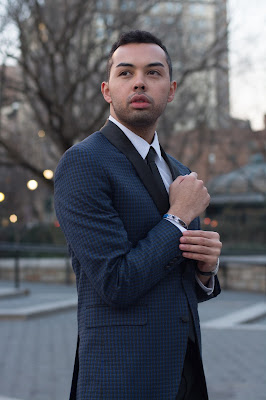 Now onto what I wore. We are going to cover what I wore for day 1 first, since I tragically didn’t have enough pics until my photographer got the edits back to me for my first post. 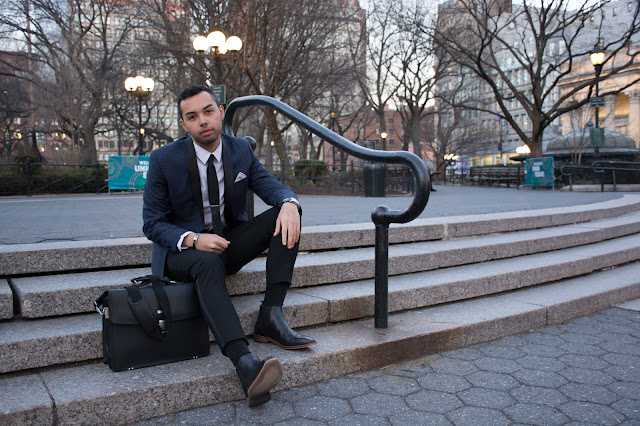 So this look is all Macy’s all the time, thank you for the awesome outfit Macy’s! The main pieces are the foulard tuxedo jacket, polka dot print shirt, and tuxedo pants. The accessories are my Giorgio Brutini Chelsea boots, my Brooks Brothers briefcase, Rampley & Co. pocket square, Wurkin Stiffs tie clip, and tie from ASOS. 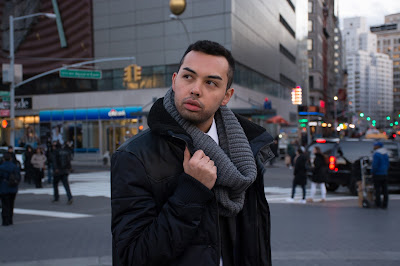 The snood is from H&M and this coat is Moncler! 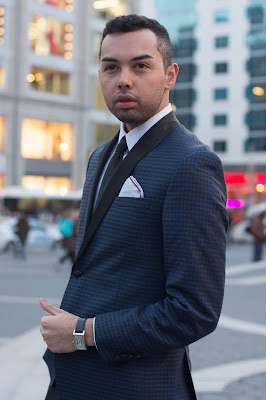 My wonderful photographer can be found on Insta @fotisia and I loved working with her! 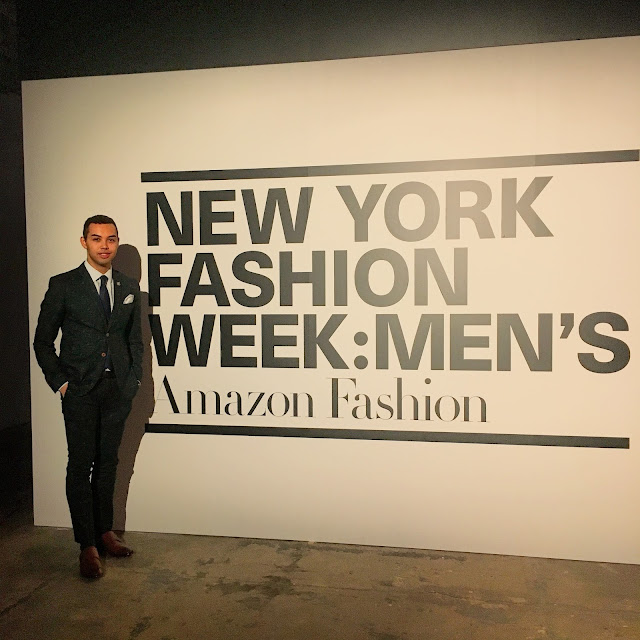 But now onto day 2. This suit is a printed suit from Zoss Urban paired with shoes from Aldo, shirt from Banana Republic via their Insiders Program, and tie from Nautica, whose show I went to later in the week! 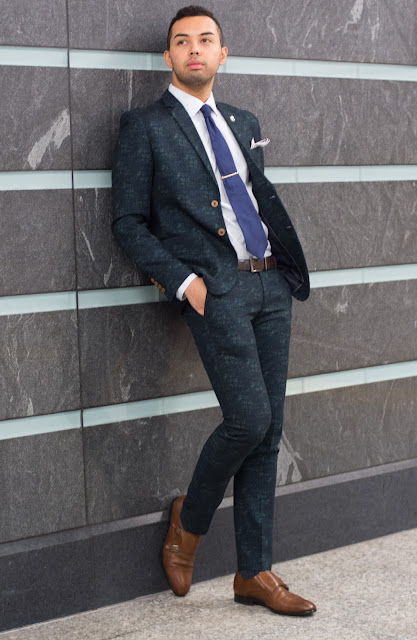 I really love the print of this suit and I think it is diverse enough to really be worn in any season, depending on how you style it! 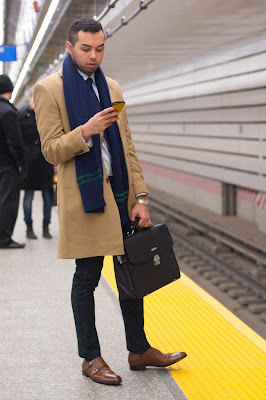 With this I wore my Ralph Lauren camel coat and had to bring along my handy dandy Brooks Brothers brief case! 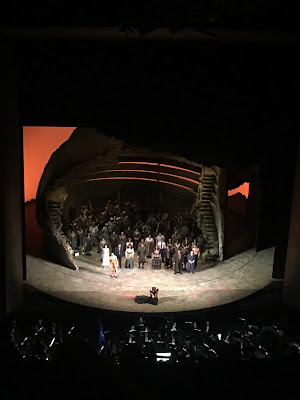 And to close out what was a jam packed day of fashion I paid a visit to the Metropolitan Opera to see Carmen and catch up with an old friend! 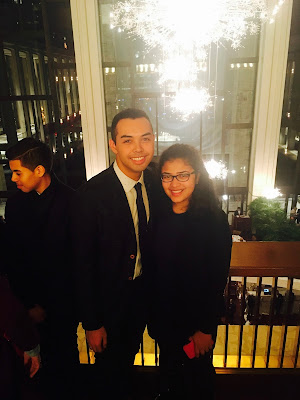