Velkommen til København! Or in English, welcome to Copenhagen!

I have just finished out my first week in this country, and I’m going to give a recap of everything that i got to see, experience, and participate in during this time in this nation’s capital. It all started with my arrival on Sunday! 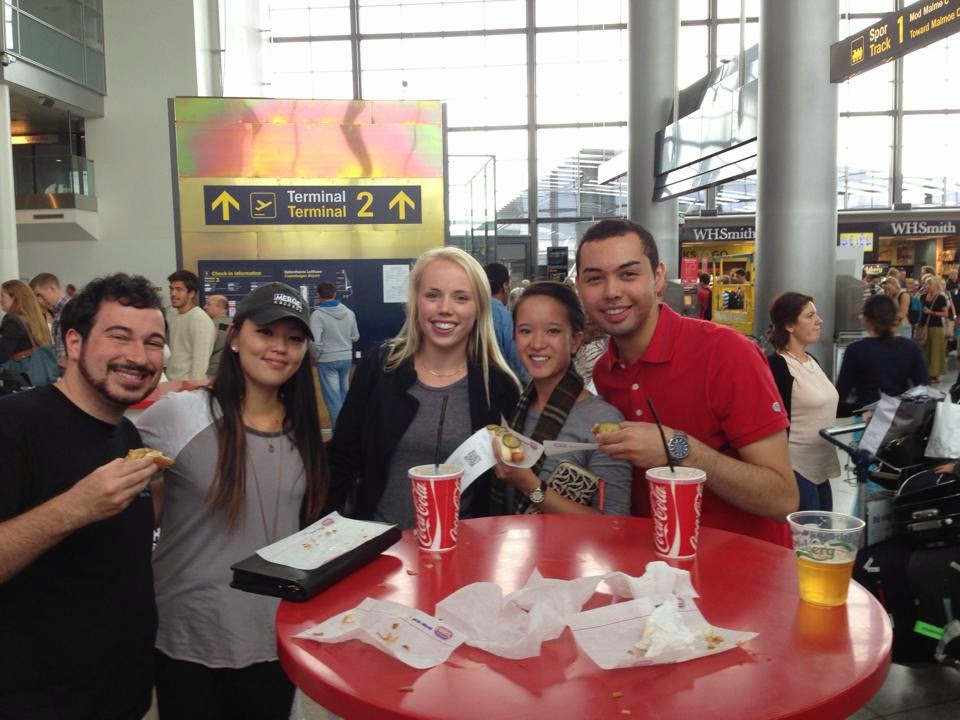 We arrived in Denmark around 1pm and were to be picked up by our “Danish Buddies,” who are basically the GLOBE students that are actually from Denmark and are studying at The Copenhagen Business School. Every person on my program had been in contact with their buddies for some time and the chance to finally be able to meet in person was wonderful! My buddy’s name was Louise and she suggested that we grab a quick bite in the airport because we would be waiting for a large group of arrivals. So once again I had hot dogs as the first meal in a new country. Definitely would not have ever guessed that but you never really know how things are going to pan out when you’re abroad. Plus, the Icelandic and Danish versions of hot dogs are 10 times better than their American counterparts. 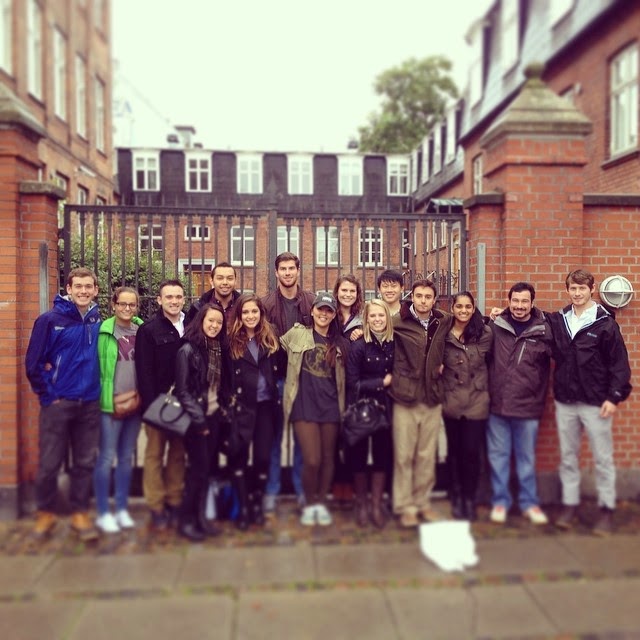 The Sunday we arrived on passed in a quick blur. The only thing I remember was a trip to the grocery store, me attempting to intelligently buy groceries without a list, and an impromptu tour of the CBS “campus,” which is super spread out and kind of has an NYU feel to it. But I do remember Monday! It was much more structured and involved our group walking around the area we live in to familiarize ourselves. And at this point everyone who was from UNC on this program had arrived so we went out to a reunion dinner to commemorate our arrival in Denmark but also our first meal together since school ended. 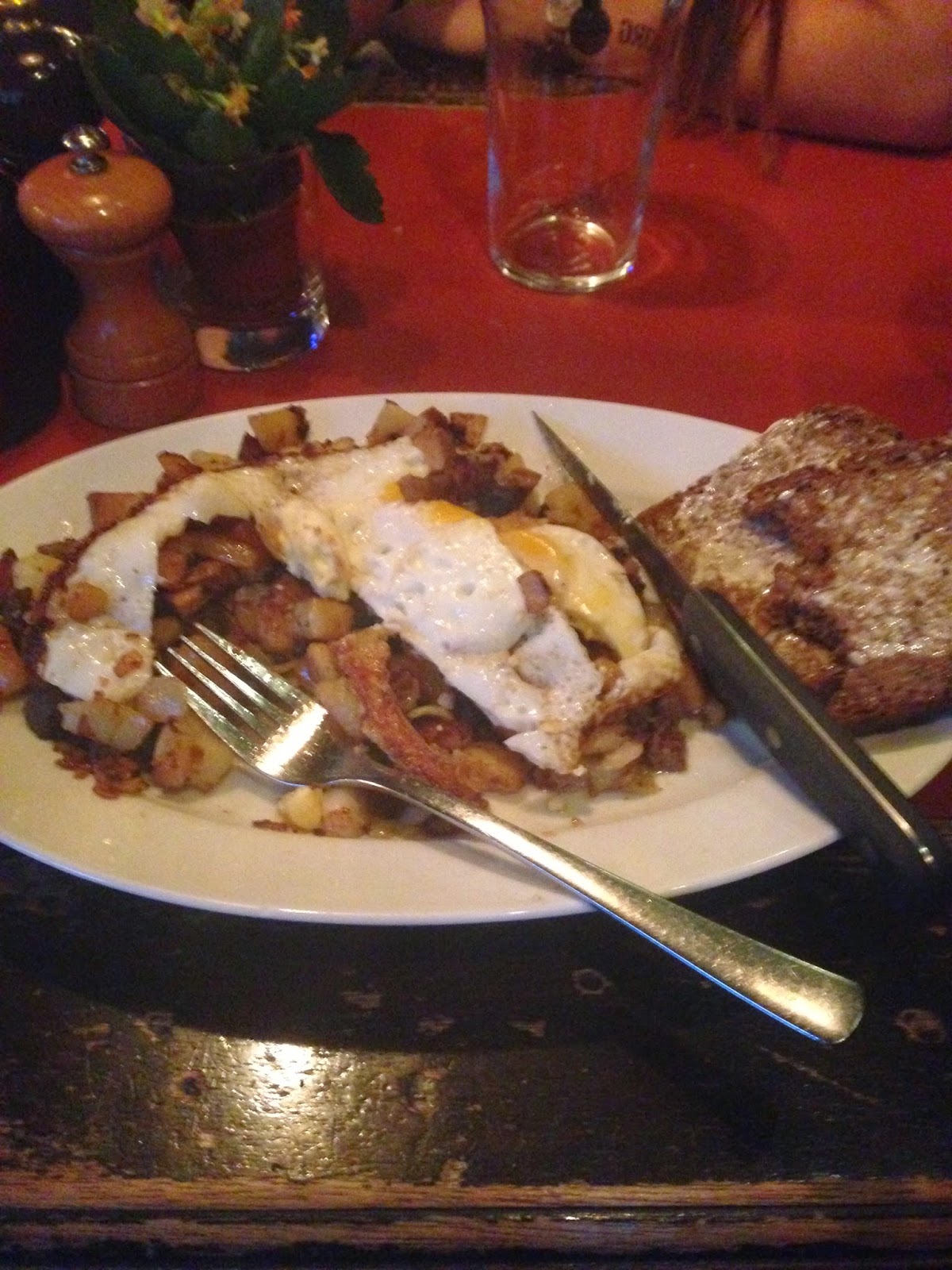 We went to a place called The London Pub (oddly similar to the English Pub in Iceland?) and had some traditional Danish fare. I have 2 words for anyone looking to eat a great Danish dish. Danish Hash. Yum! Like so good! It was easily the best meal that I had had up to that point of being abroad. 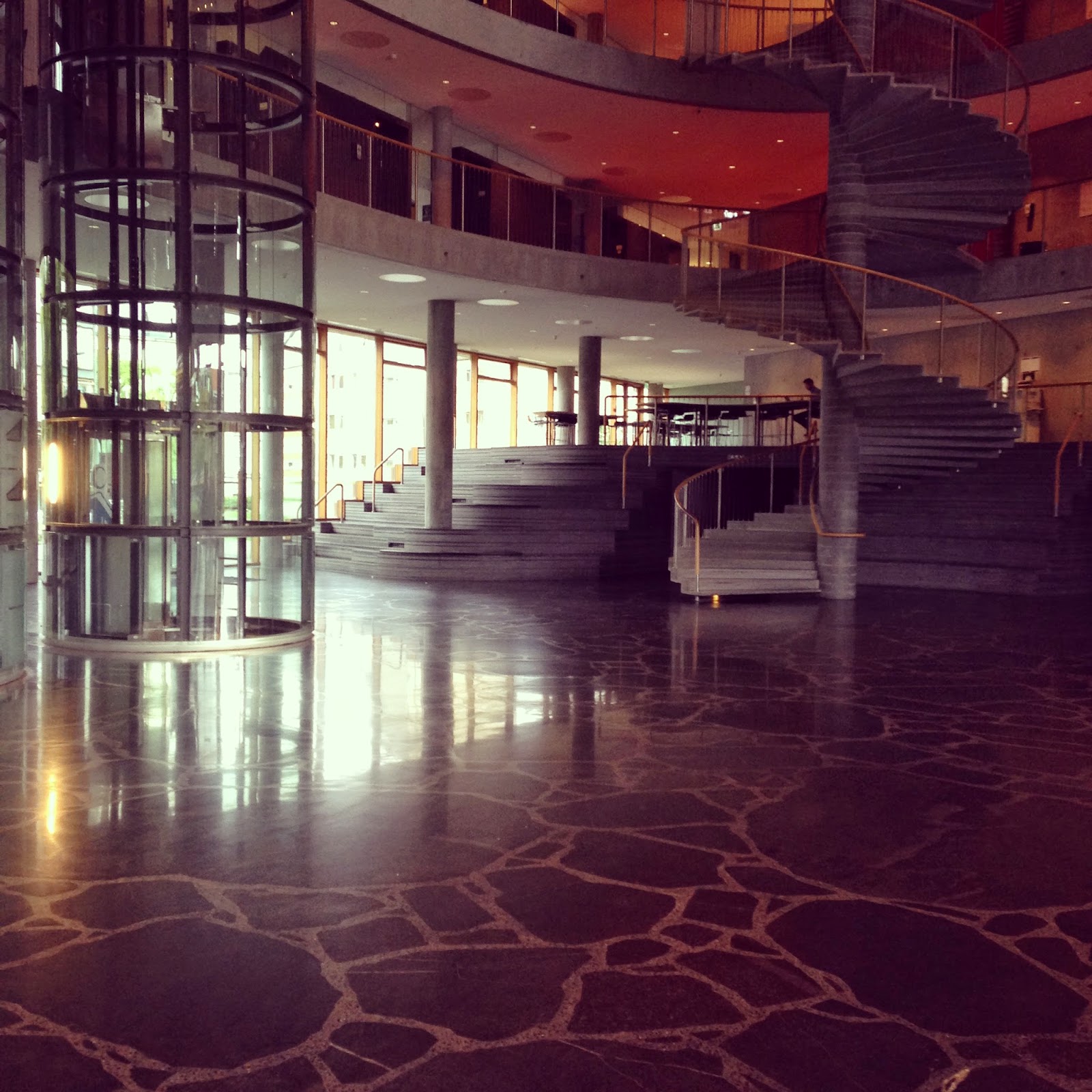 Tuesday was another busy day for us, because it marked the official start of our program and an introduction for us all to CBS. We started at 9 by meeting the Danish program director and were then given a tour of various campus buildings. As you can see in the picture above the architecture here is insane! Their school buildings look amazing, modern, and even edgy sometimes, which is something that I am definitely not used to back at Chapel Hill. I mean you the comparison between the building above and Phillips Hall at UNC is virtually non-existent. 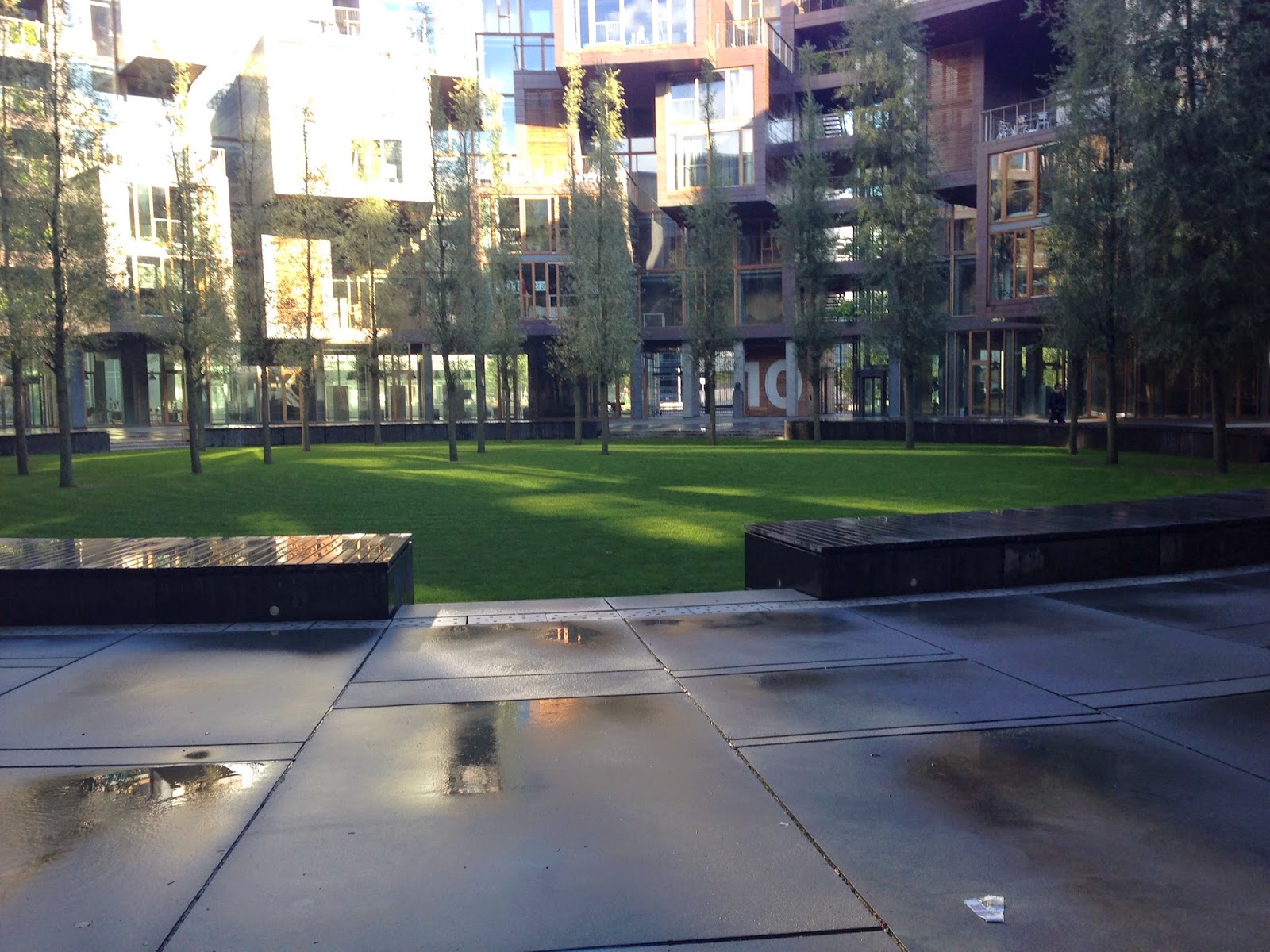 And don’t even get me started on some of the dorms. MY GOD! For Tuesday night we were split into dinner groups and went to various Danish people’s houses so that we could bond and cook together. I was lucky enough to go to Tietgen, which is one of the dorms that is provided by CBS. However, this dorm is unique for a couple of reasons. First, it cost over 2 billion Kronor (no I don’t know what that is in USD) to build. Second, it’s insanely gorgeous and easily the most amazing dorm I have ever seen in my life. 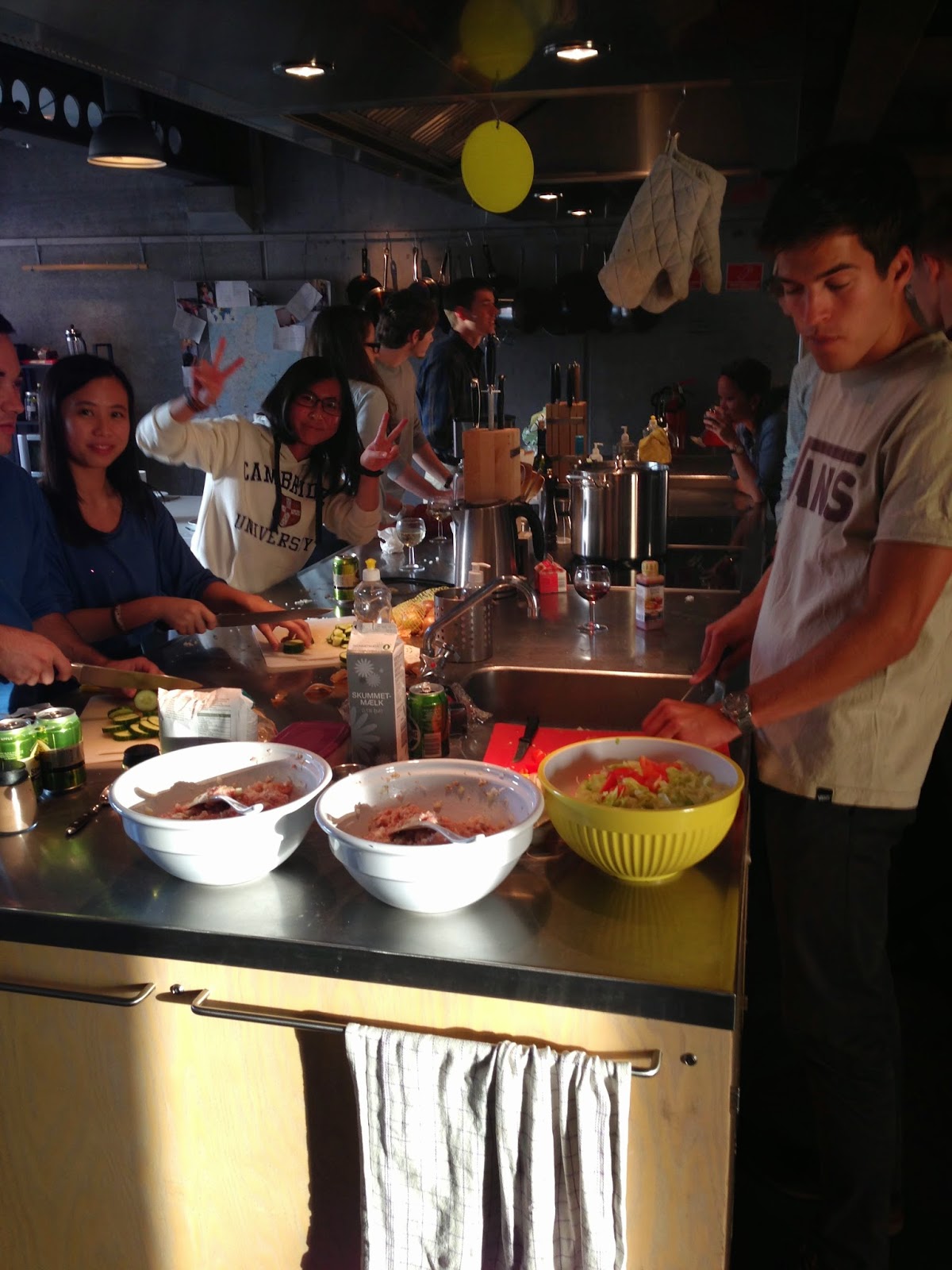 Our Danish compatriots were cooking us a traditional dinner of Danish Meatballs (Friggadela I think) along with boiled potatoes, a salad, and a variety of sauces for our meatballs. Cooking really was a team effort and we were able to really connect with each other. 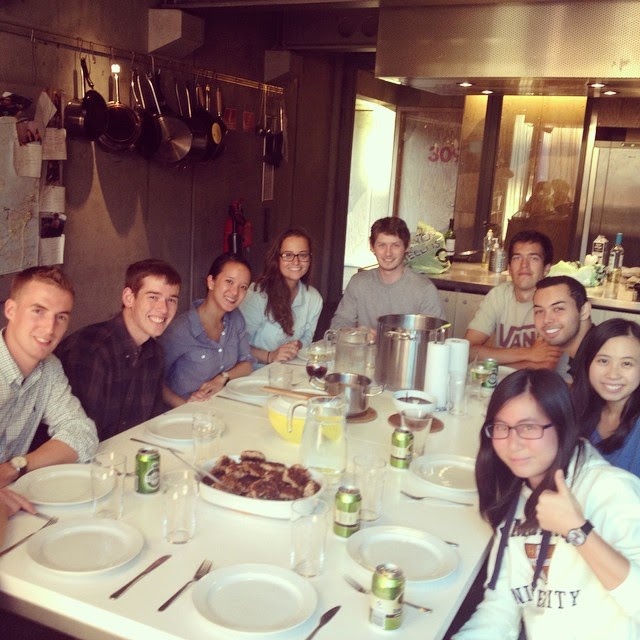 The dinner was the perfect time to begin breaking down those cultural barriers and start getting to know each other on deeper levels. Cooking really is an incredibly effective way to get to know others and I couldn’t have asked for a better dinner group. 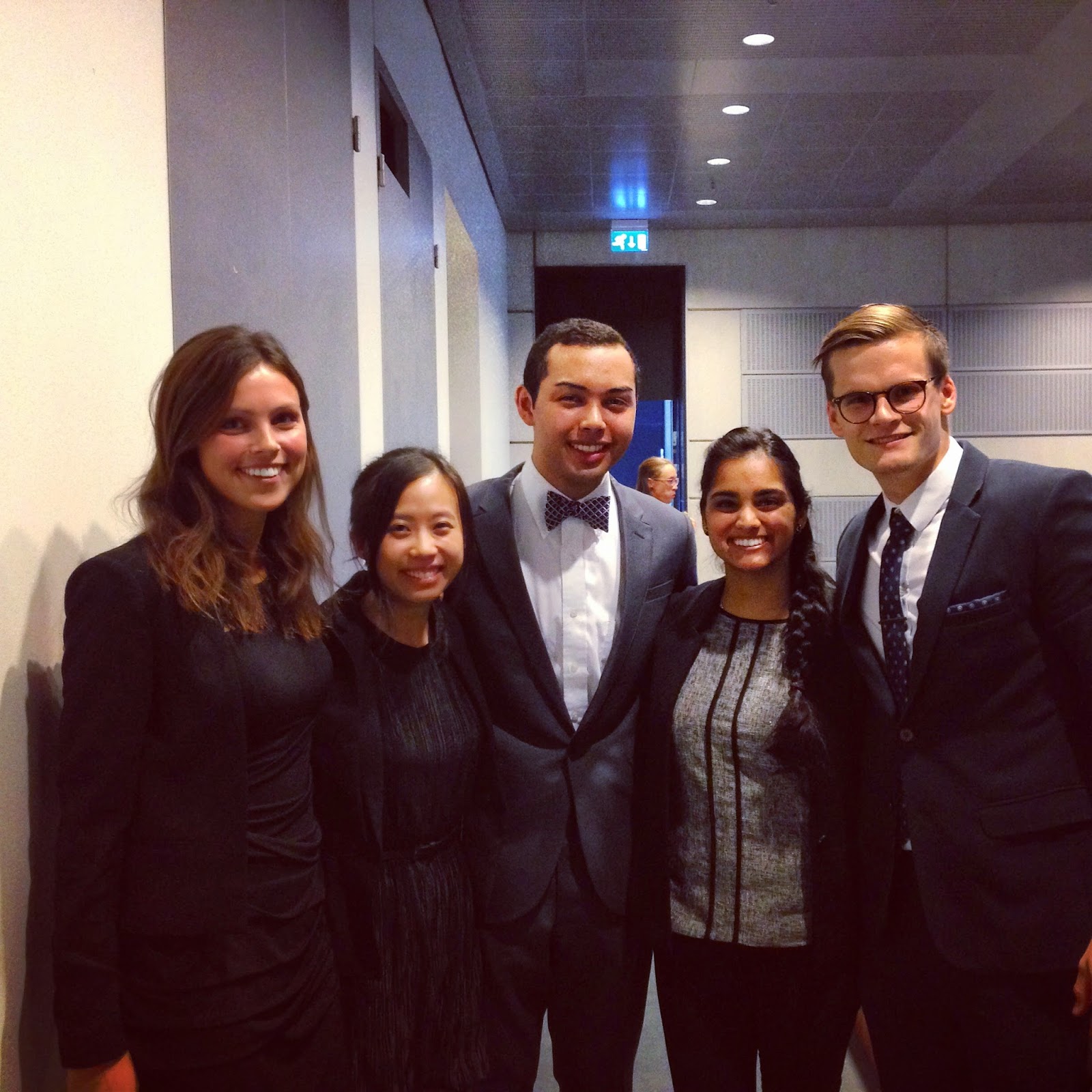 The group dynamics were put into play again the next day when we got into our teams to tackle a case competition through the GLOBE program. The team that I was lucky enough to work with is pictured above and I absolutely loved every minute of the case (minus the day where I got sick because I ate too much of the products). We worked on this case all day Wednesday and Thursday and had to turn in the final product by 8am Friday morning. Then on Friday around 9 we started the presentations of our cases, however, since my team was team 9 we didn’t actually present until 1ish. The next thing we had for that day was a gala starting at 7 but I needed a nap before I was going to go anywhere. 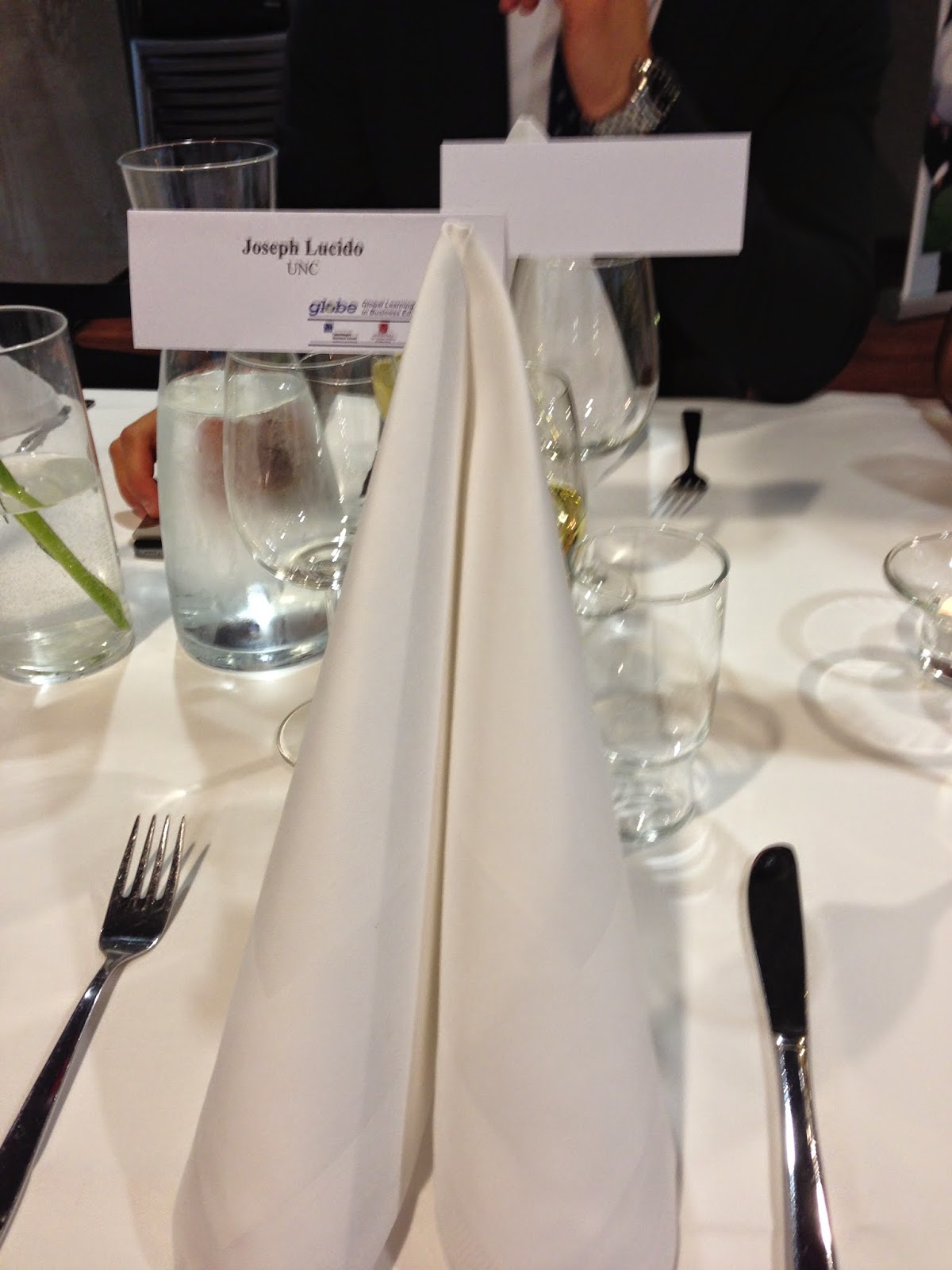 The gala was a wonderful event it was the perfect way to officially end the work week as a part of the new GLOBE cohort. 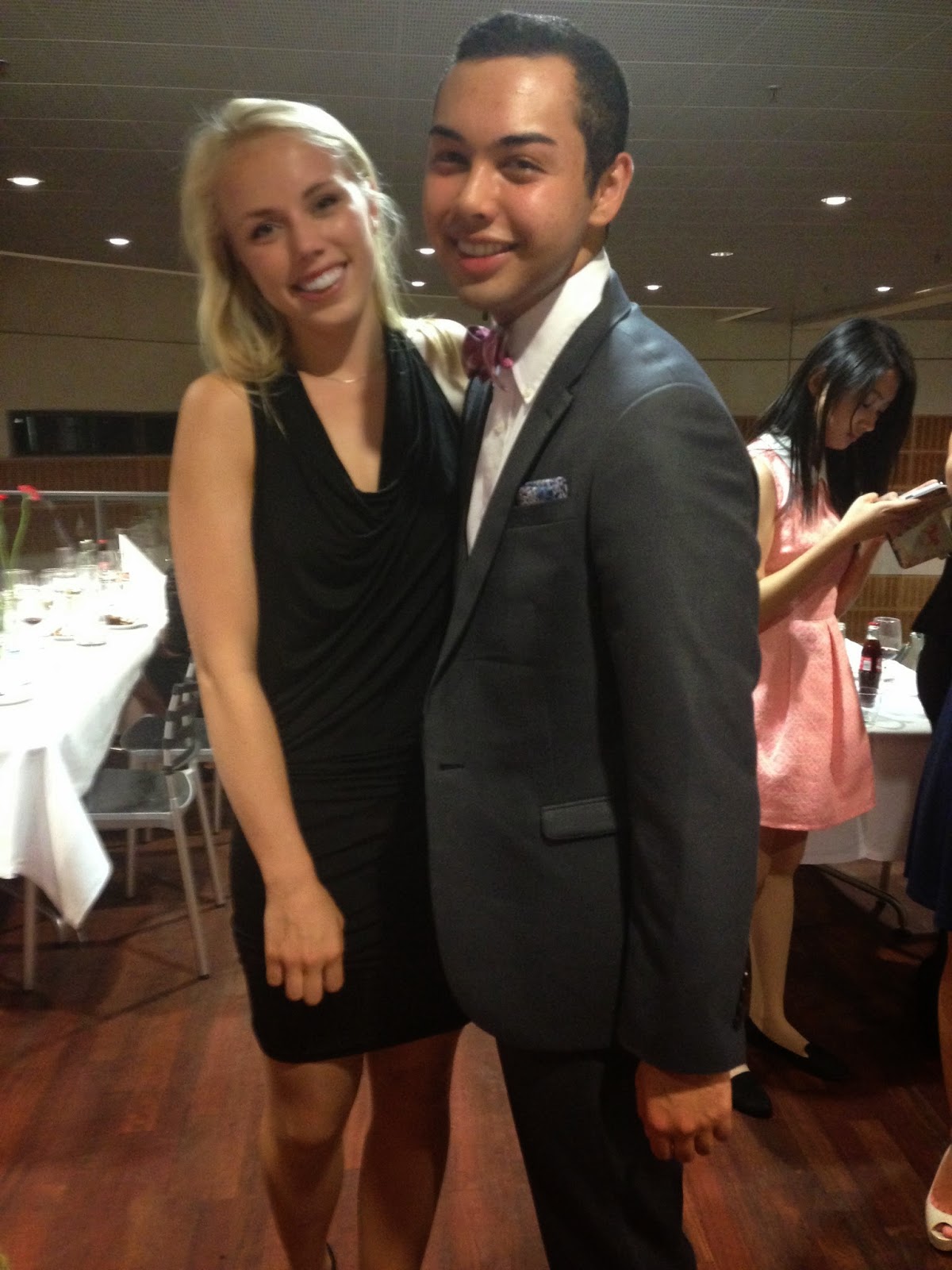 This is a picture of me and my Danish Buddy Louise! She’s wonderful and has really made the transition of living abroad much less difficult. 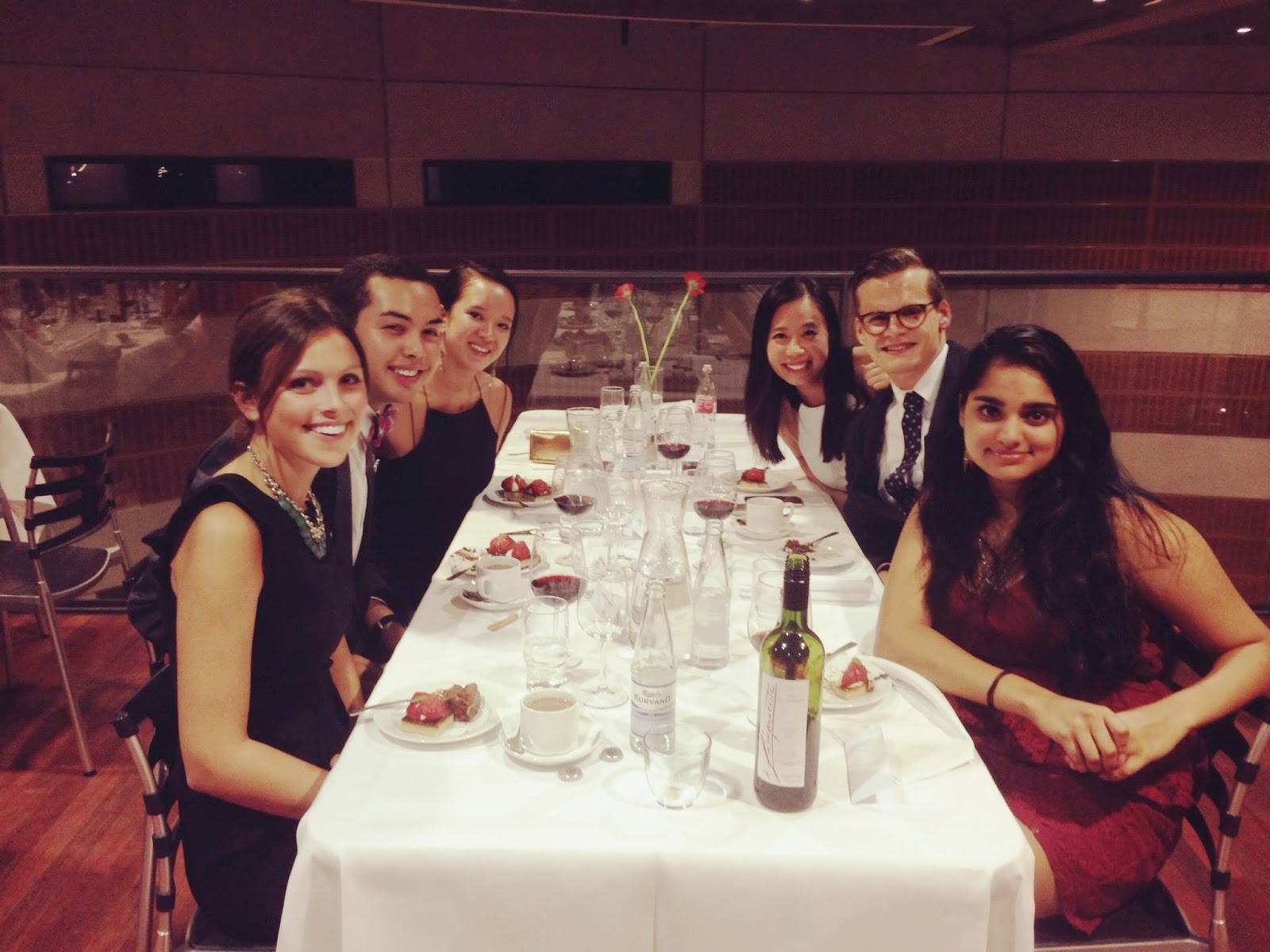 And once the gala was over we left for a night on the town. It was our first real taste of Copenhagen nightlife, and was a much needed session of fun after working for essentially 48 hours straight. 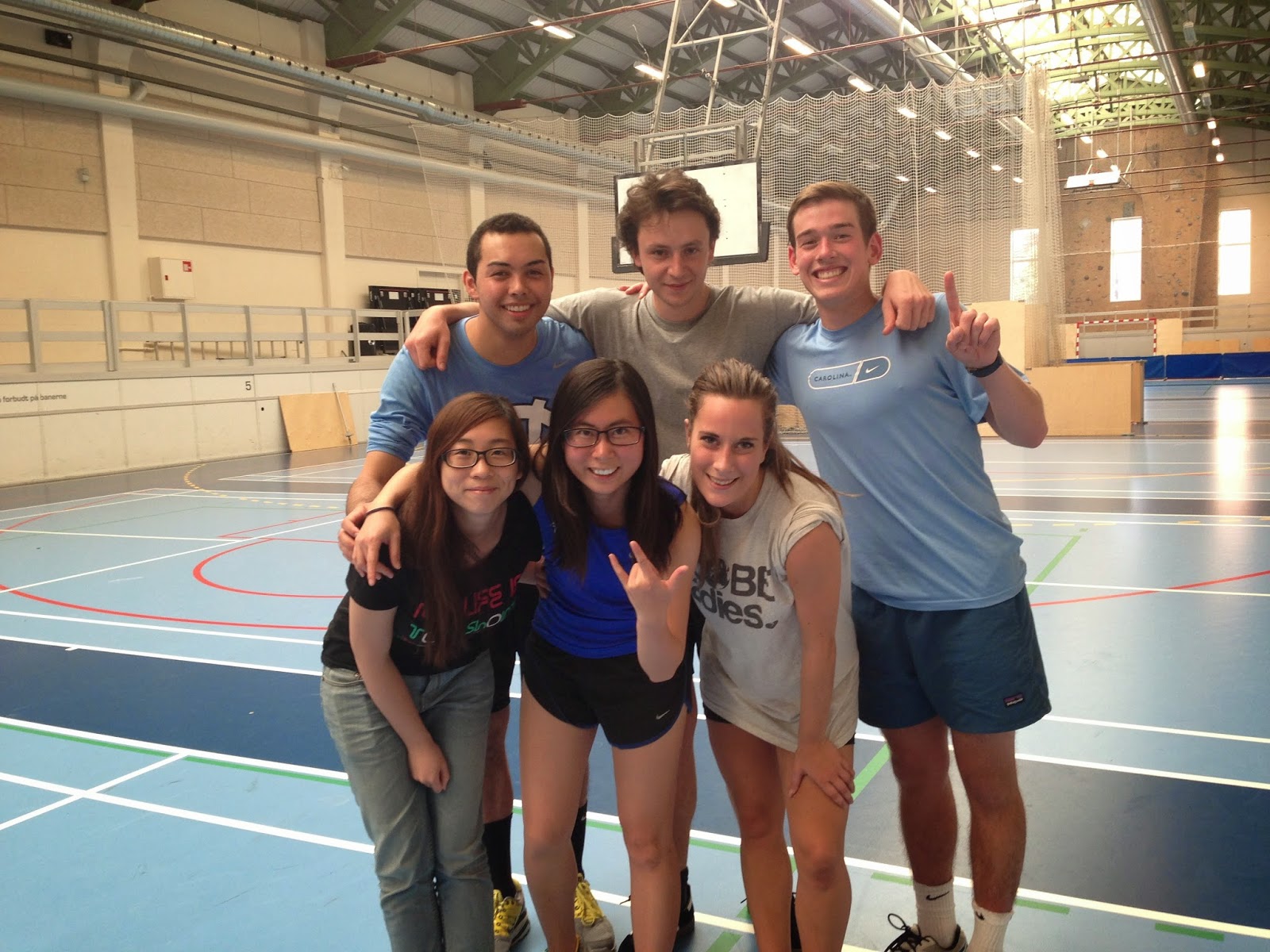 And with the arrival of the weekend came the arrival of even more events that we were expected to go to. This event pictured above is the GLOBE sports day where my cohort got to meet and mingle with past GLOBERS who still live in Copenhagen, all while playing some sports! We played a couple rounds of dodgeball, basketball, and floorball and had an all-around great time! Meeting past GLOBERS was an amazing experience and getting to compare stories was a major highlight. 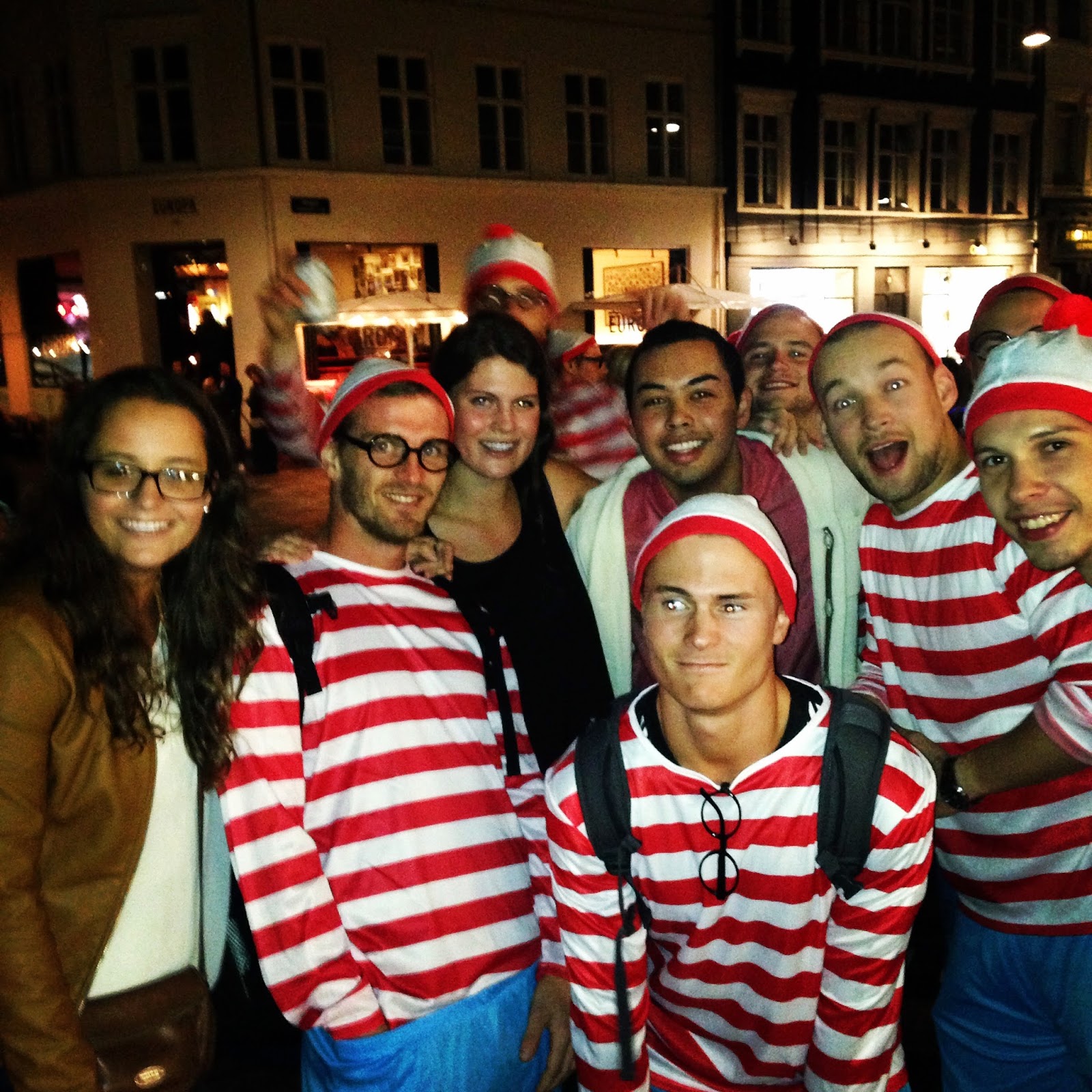 And once we finished up with the competition we headed off to dinner, showered, and got ready for a night on the town. Some of us were lucky enough to find all the Waldos on the streets of Copenhagen. We also got to go to a few clubs and various parties around the city so that we could get a true taste of Copenhagen nightlife. My first week in this city was jam-packed and incredibly busy, but now that the first week is over and I’m over those initial hurdles of arriving in a new country I know that I’m going to like it here. The people more than anything are wonderful and the European sensibilities are really vibing with me right now. So here is to a wonderful next couple of months in this wondrous city!
JRL
blogger case comp Copenhagen Danish Denmark exchange exploring friends fun GLOBE international learning Men's Fashion Blogger sightseeing student study abroad travel travel blogger UNC wanderlust
0