Christmas Day (Only a Couple of Months Late)

After the conclusion of our palace tour and galavanting about the Christmas market, my sister and I returned to our hotel to get all dolled up for our glamorous evening. Dinner was served in a wing of the palace and a set menu was provided for us so that we could experience an extremely traditional Austrian Christmas meal! 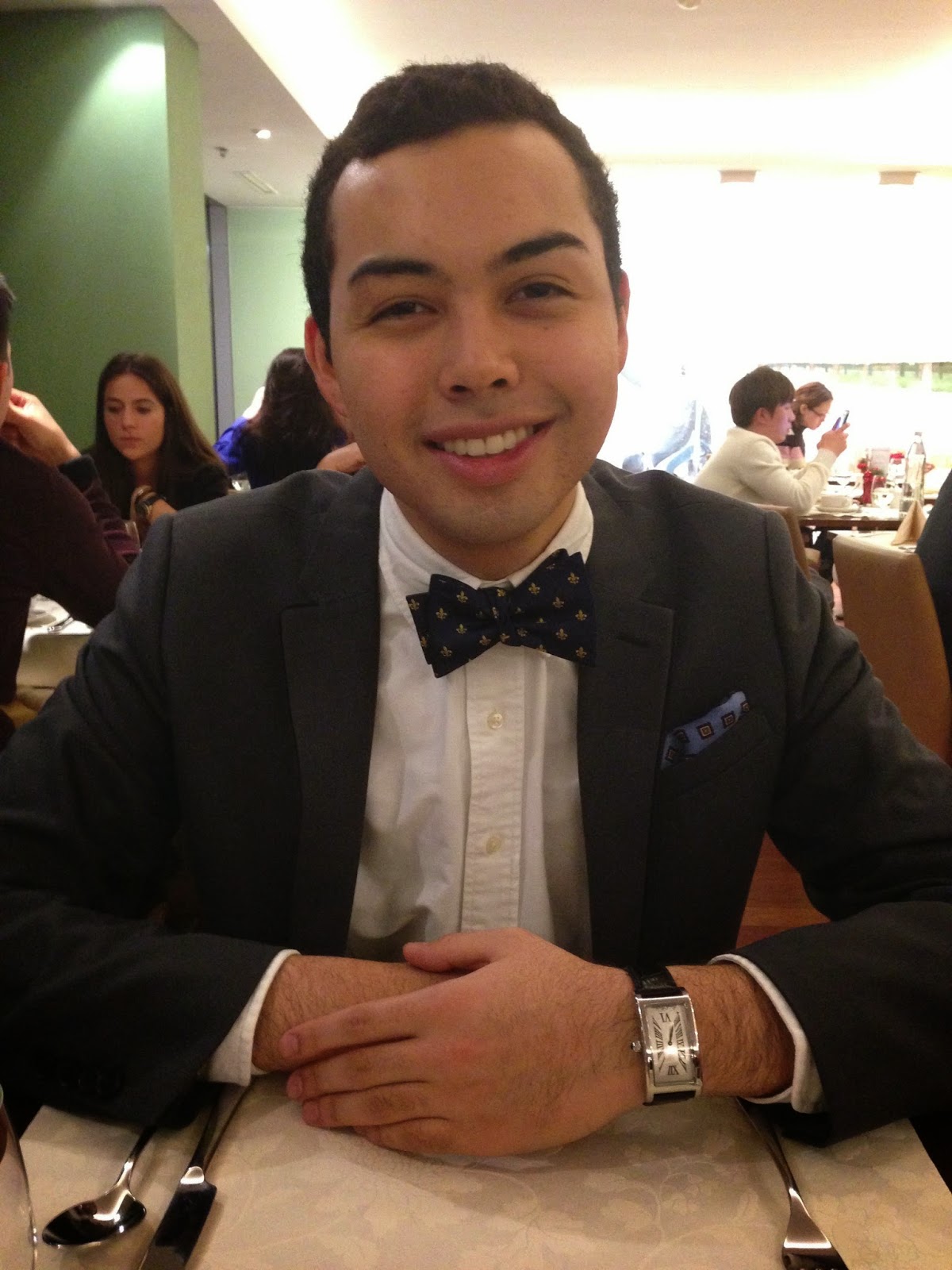 We were both very excited for the cuisine and the overall evening! The atmosphere of the palace during Christmas was magnificent and being surrounded by gorgeous decorations, which were full of Christmas cheer, helped to get us into the Christmas spirit even more so! 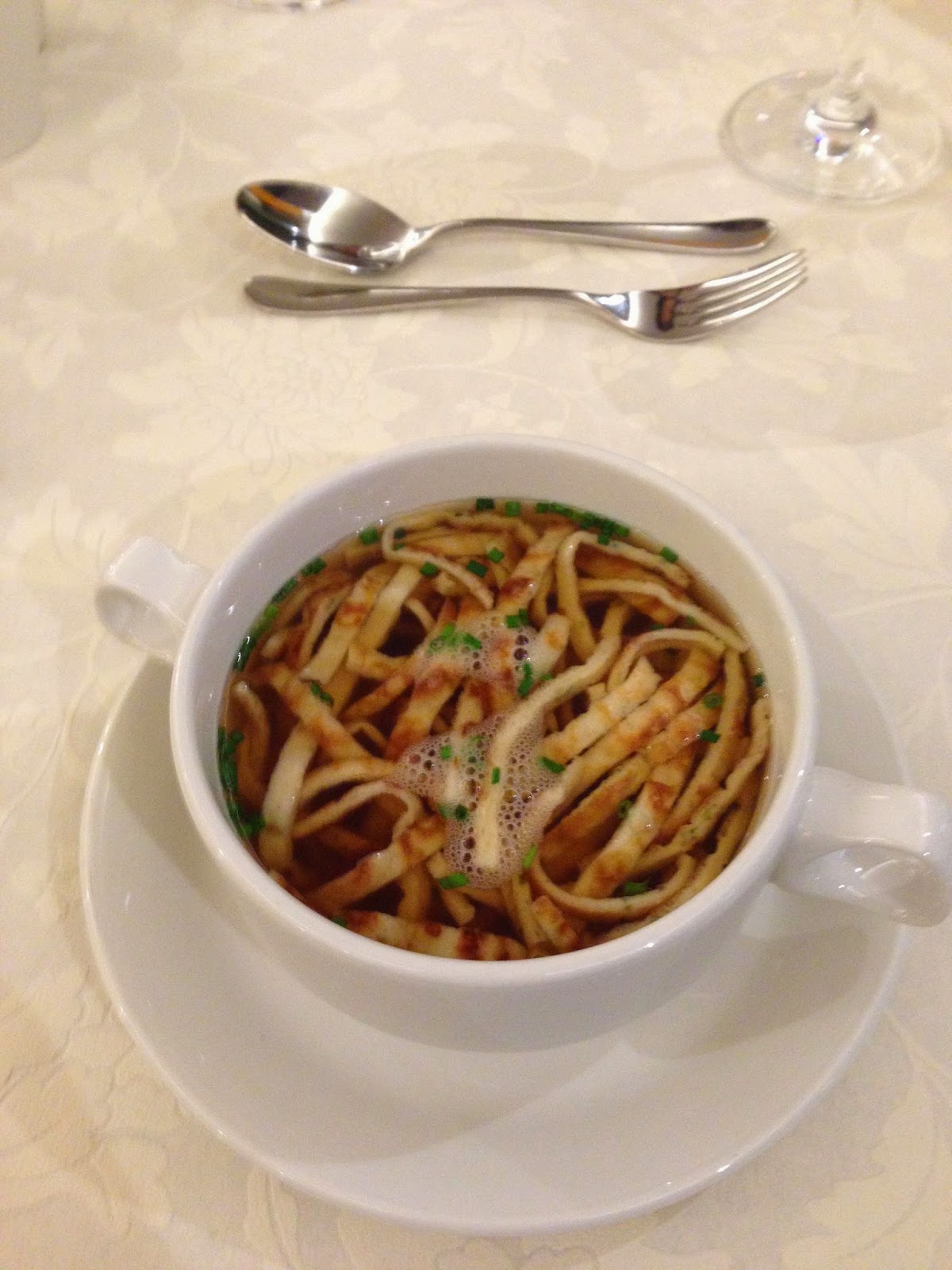 When the first course arrived, a traditional Austrian soup with fillets of potatoes, we were beyond excited! Not only were we hungry (not surprising) but we were very excited to get our first taste of Austrian food and a classic Christmas tradition. The soup was nice, warm, and potatoey. Unfortunately, Austrian food is not the most flavorful but it did have a nice robustness that could be appreciated and a meaty broth that filled you with comfort. I think it really is an ideal Austrian comfort food! 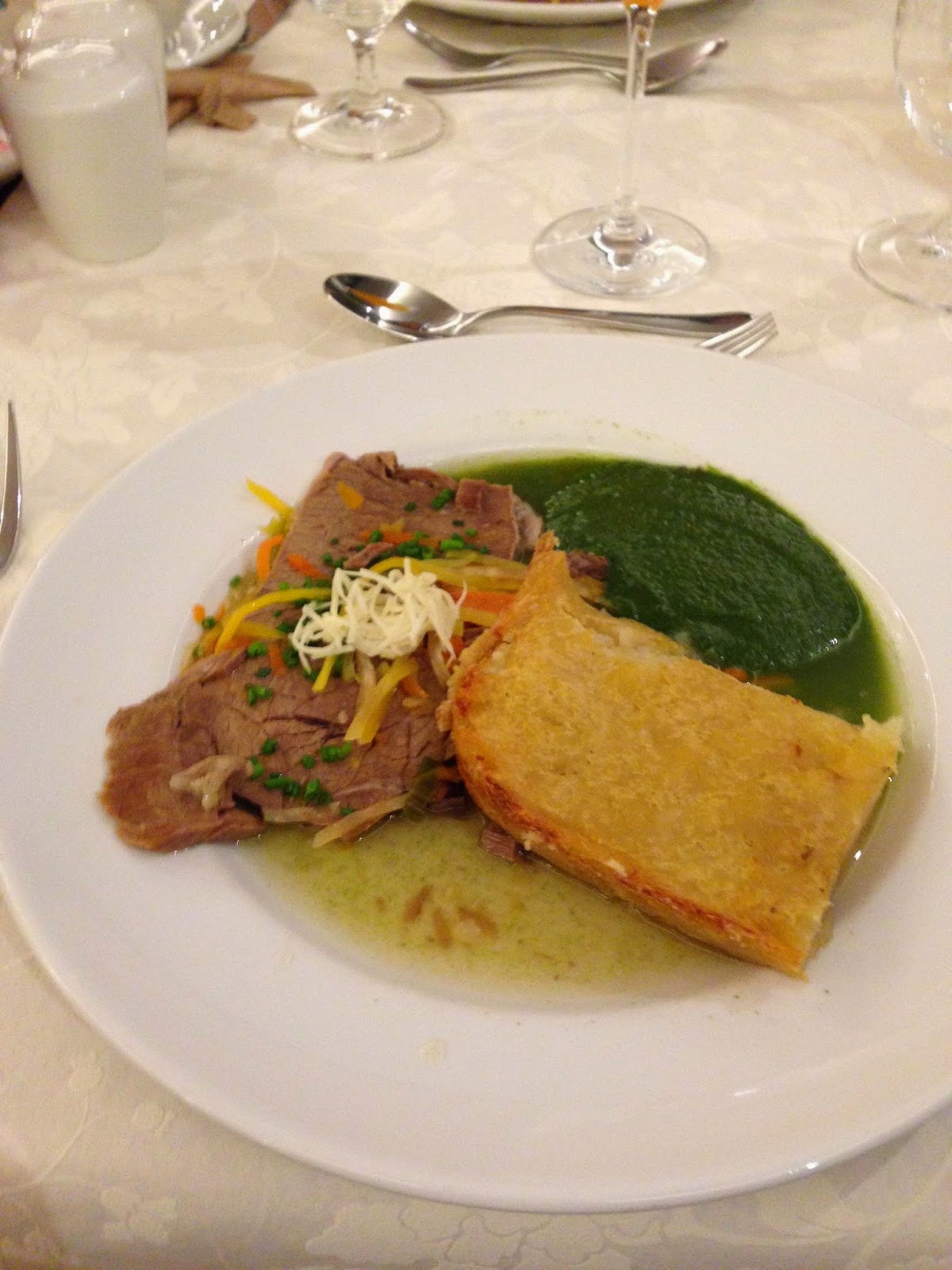 Course two. Very typical Austrian. Meat and a form of potatoes. This is really the staple of a large number of European countries and is both filling and comforting! This was actually a great course because it is so simplistic and straightforward. It was given added flavor through the yummy green sauce, a puree of some kind of vegetable, that gave a wider depth of flavor to the course as a whole! 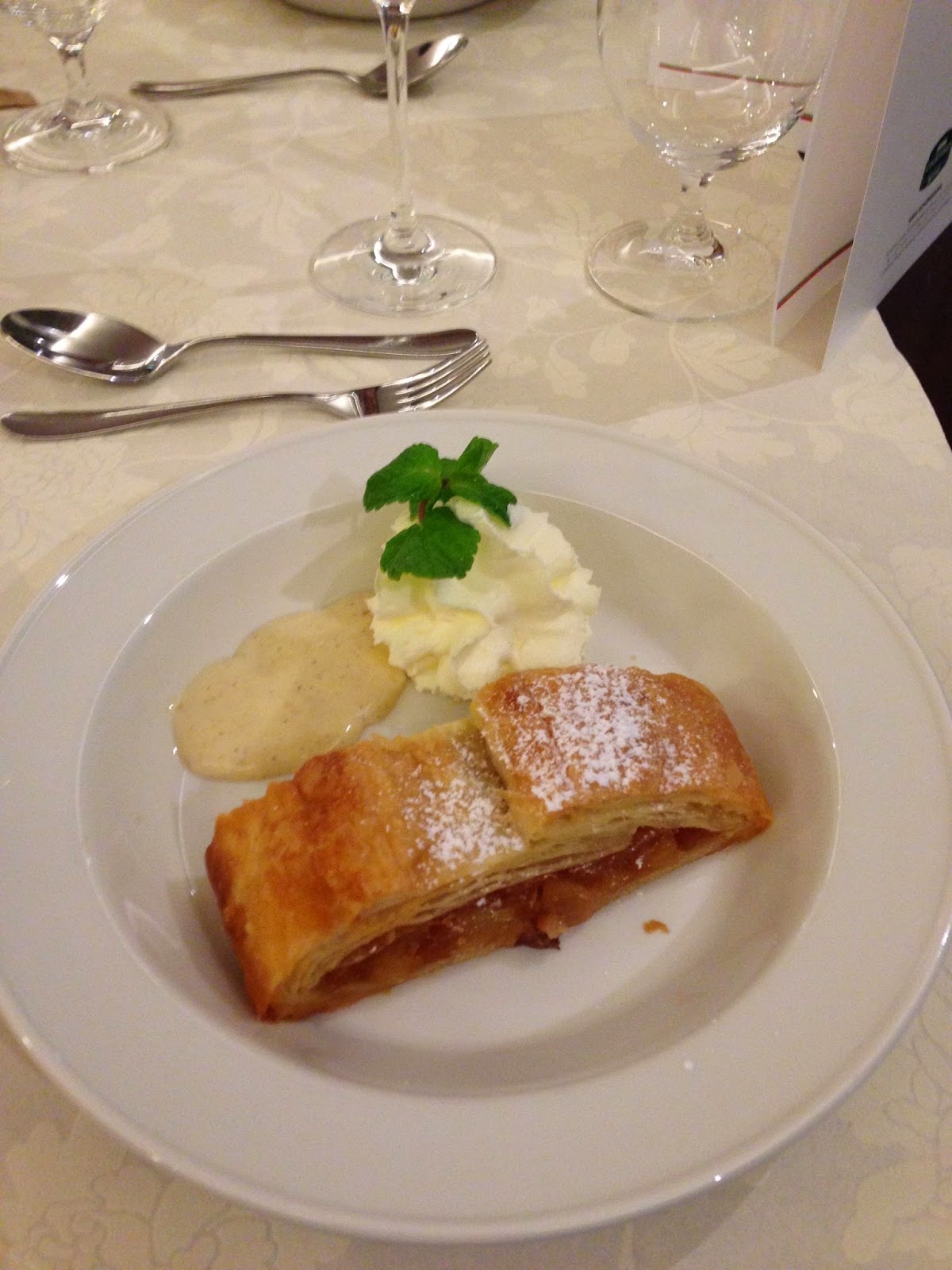 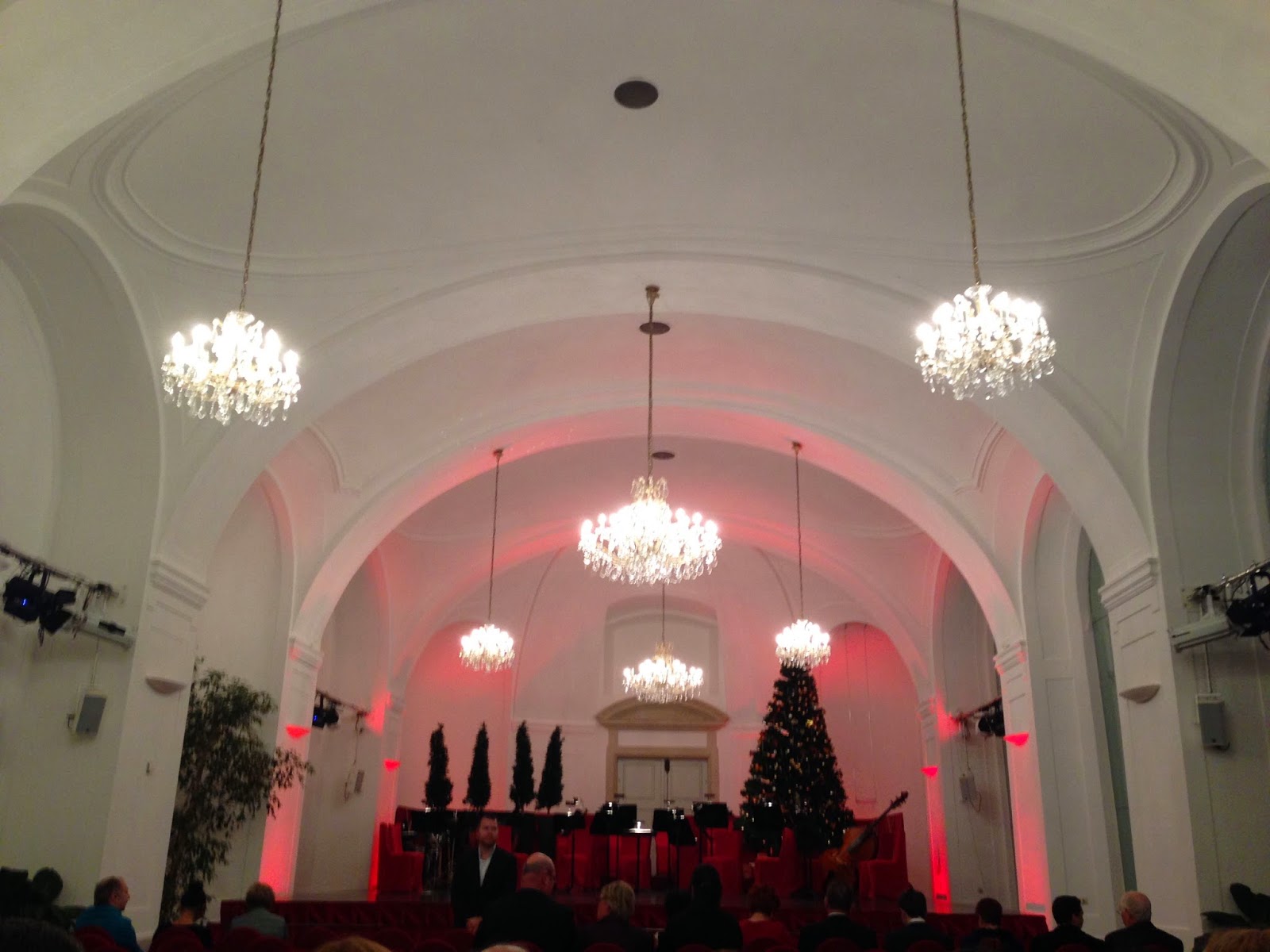 From the ending of dinner we made our way to the cocktail hour and the performance hall! 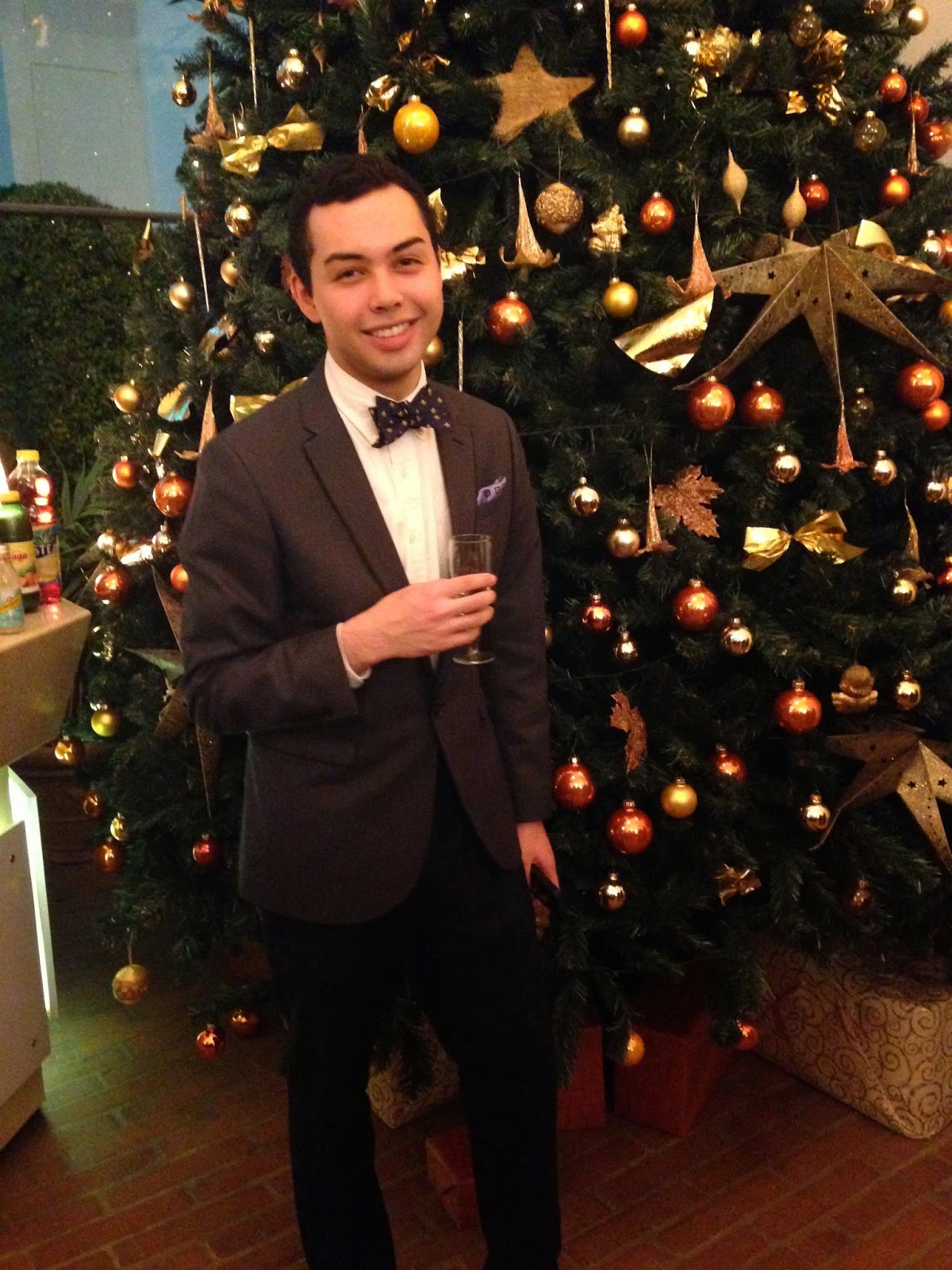 Free flow champagne was the name of the game and it was great to chat and mingle with others from around the world who had come to celebrate their Christmas holidays in the Austrian capital! We met numerous families, foreign and local, and got to share stories, Christmas memories, and overall cheer! Then the concert began and we were treated to a symphony of wondrous classics from Bach to Beethoven, as well as some Christmas hits. The biggest surprise though were the impromptu opera singers and ballet dancers that appeared from the crowd and began to perform throughout the show! 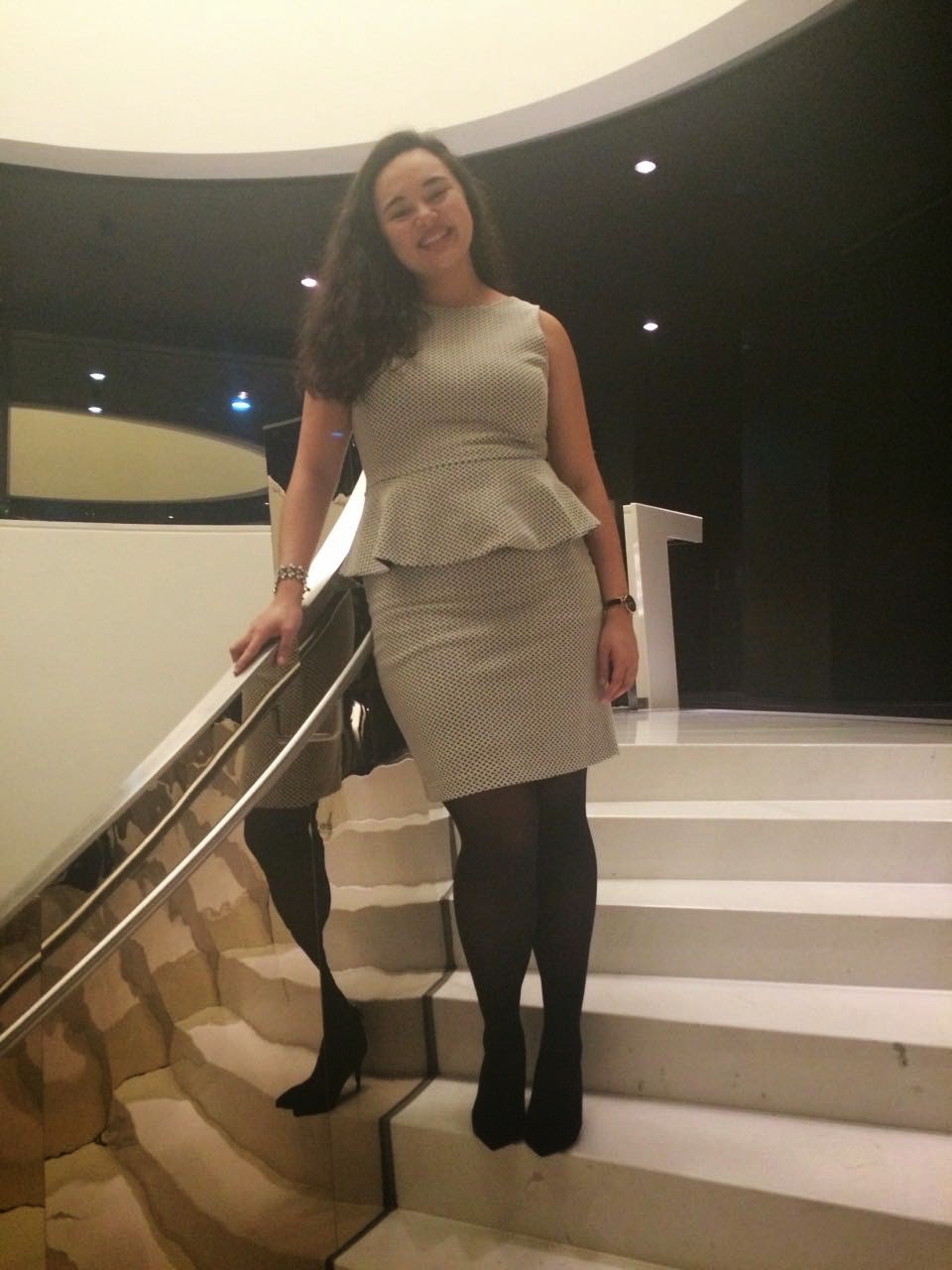 After a late night we took a taxi back to our hotel and decided to get a drink or two at the bar, which was conveniently still open! 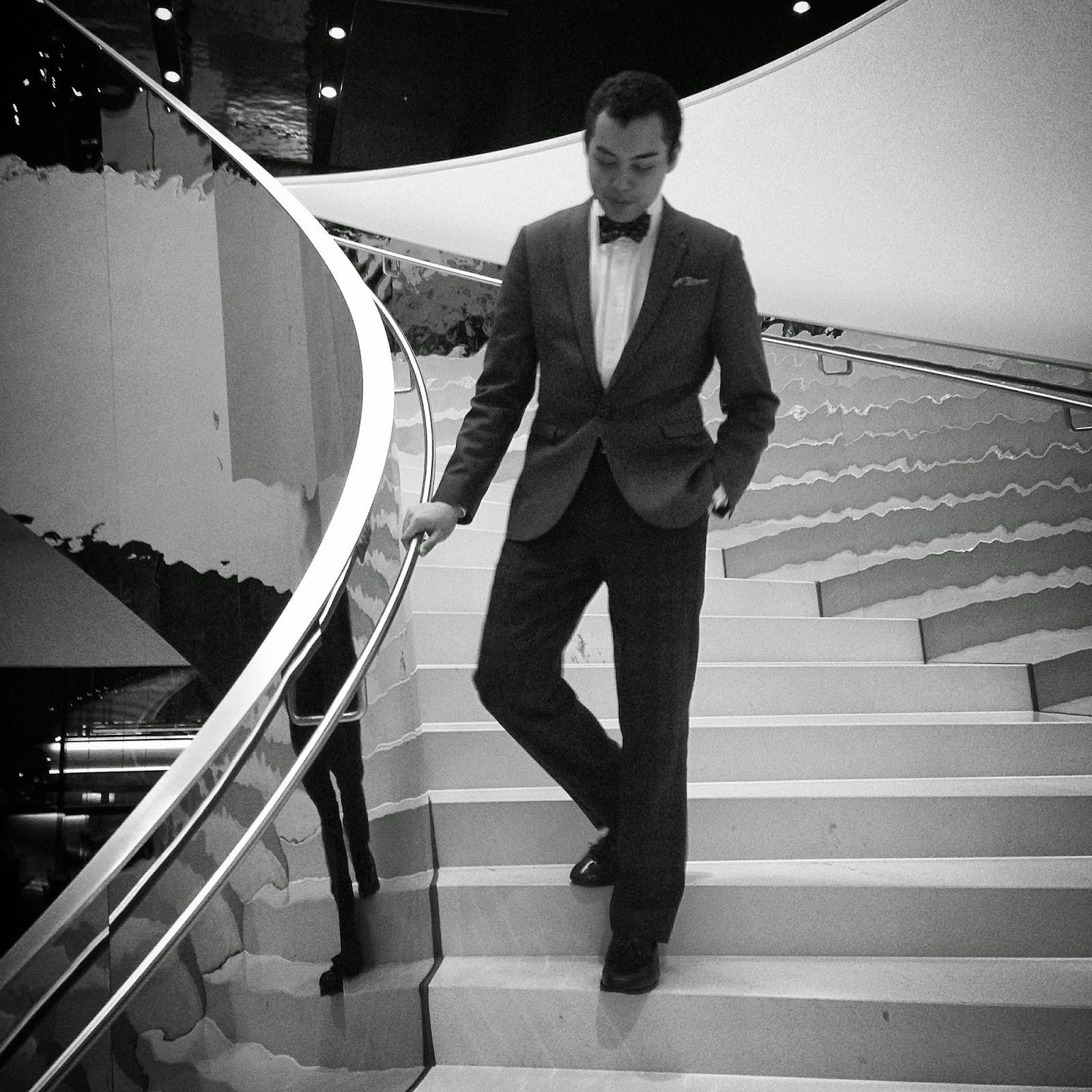 We stopped for some pictures along the way on the massive spiral staircase to commemorate our time in Austria and a very special Christmas Day! 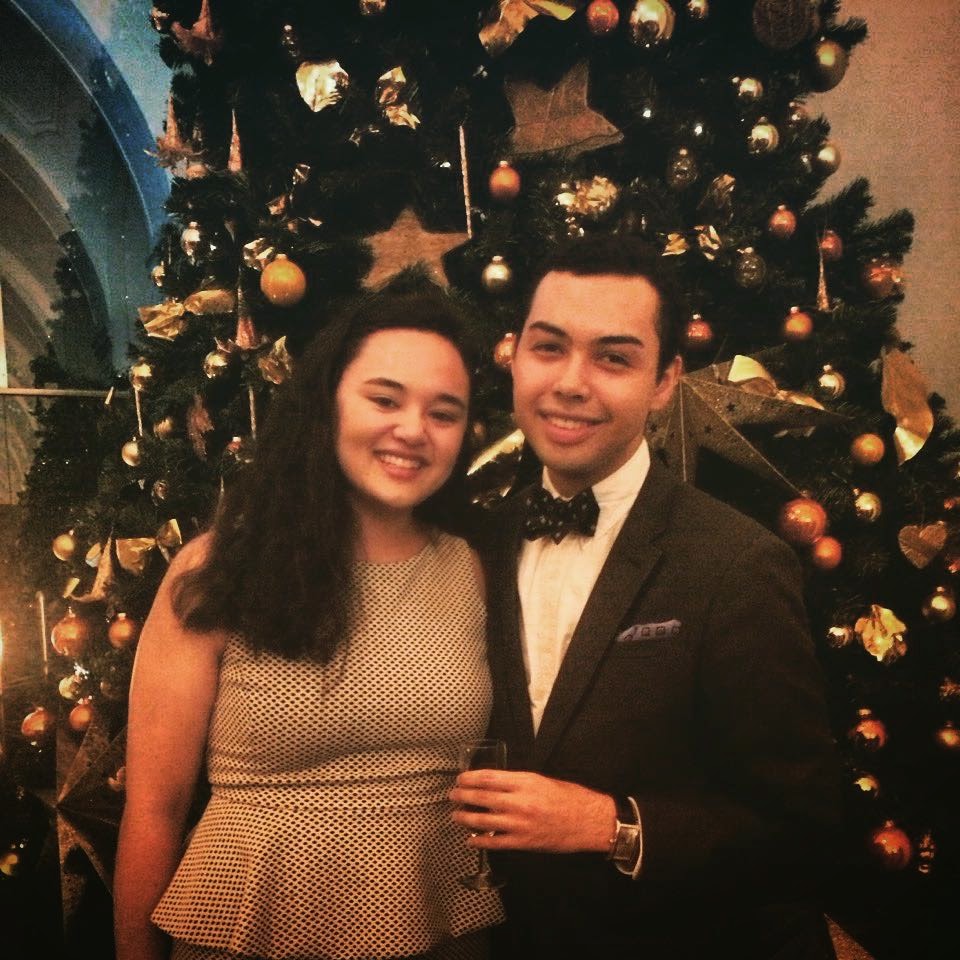 It was in this moment that I truly realized how thankful I was that my sister made the trip all the way to Europe to come visit and spend time with me! The holidays for me really are all about family, and even though I couldn’t be with my parents this year they were definitely in my heart and in my thoughts the entire day! The entire Schonbrunn Palace experience was marvelous and amounted to a Christmas that I will never forget! I mean how many people can say that they have spent their Christmas in a palace?!?!
JRL
adventure Austria blogger Christmas Europe exchange explore exploring friends fun GLOBE holidays international learning Men's Fashion Blogger sightseeing student study abroad travel travel blogger Vienna
0