I promised that the post was coming, and in typical Joseph fashion I have delivered! Here is Atlanta Fashion Week and all the happenings for the shows that I was able to make it to. As a young professional, I have quickly learned that life is a balancing act, and you have to make a concerted effort in order to have some fun outside of work. That meant that I had to head straight to Atlanta Fashion Week immediately after work. Since I had no time to change in between work and the show that meant my outfit had to go from day to night. I may have cheated a little since I switched out my sportcoat for work and the show, but the rest of the outfit above was my work outfit for the day. 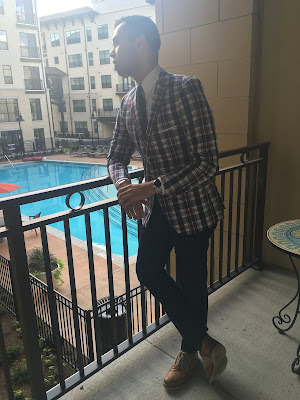 This entire ensemble is courtesy of the amazing new brand I’ve been working with Paisley and Gray! This company is based in New York City and they’re really doing some exciting things in menswear! They’ve got an eye for patterns and have perfected their fit. They have clothing that is perfect for the office, but also pieces like this sport coat that are professional but still inject personality into a person’s wardrobe. Honestly, I think they’re the ideal brand for young professionals that are style and fit conscious. 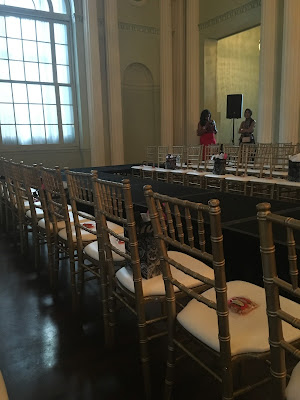 So, now that I’ve covered my outfit it’s time to cover the event! I wasn’t sure what to expect from Atlanta Fashion Week because I’ve honestly just never heard of it. Atlanta is most definitely a big city, however, after living in New York and Hong Kong I can 100% say that Atlanta is completely different. There might be 6 million people in this city, but unless you’re in Midtown or Downtown you don’t feel like you’re in the crowded metropolis of Hong Kong. It doesn’t overflow with people that can be kind of brash like New York. Instead it has all the Southern charm of any city in the South. And it’s fashion week had major differences from those that I had attended in major cities as well. 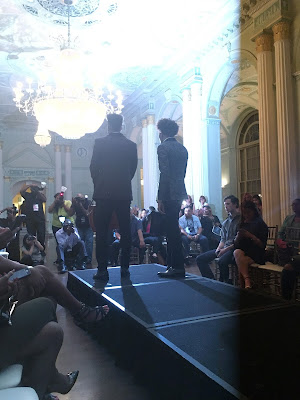 I was front and center for the show and the feel was very interesting. There were people dressed wonderfully who looked like they could be in attendance for a show at New York Fashion Week. The venue was an interesting one for sure. It was at a gorgeous hotel in Midtown called the Biltmore that had a French Renaissance feel about it, with some truly ornate decoration built into the architecture. 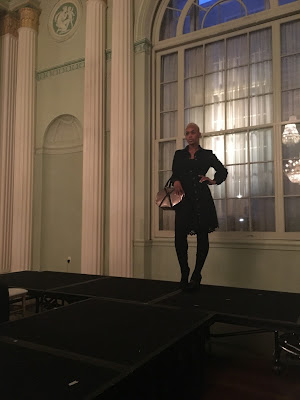 There was an interesting mix of international and local designers, as well as a mix of men’s and women’s wear. Also, there was a smattering of accessory designers thrown into the mix, such as this bag company. 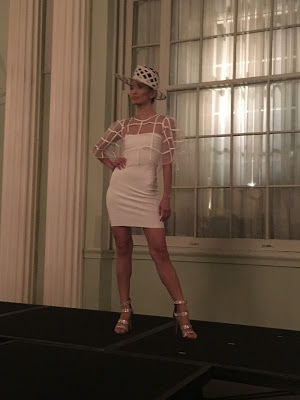 But what I can truly say is that I was impressed by the local designers! To me, you come to expect certain things from designers that operate internationally, such as a specific level of design and professionalism in their work. I was pleasantly surprised to see the level of quality in the work of the local designers, as well as the variation in design! We saw everything from evening gowns and men’s formal wear, to cocktail attire, to ready-to-wear at the event. And while I didn’t love everything there were some pieces that I truly loved! Namely, the photo you’ll see next and the brocade men’s formal jackets that were presented. 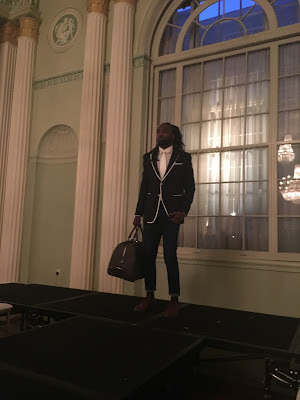 I’m still trying to figure out what drives style in this city and what the personality of the overarching style is. In other major cities, like a New York or a Milan, there is an identifiable style profile that pervades across the city, but here I just can’t quite put my finger on it. I’m still working on it of course and I am dedicated to figuring it out! 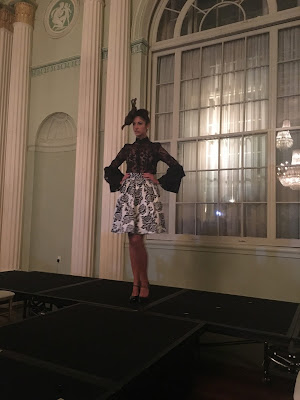 Overall, I would call this event a success though! These photos were all from Day 1 and while I went to Day 2 the lighting of the venue did not lend itself to Iphone photography, so I’m lacking a bit on photos from that day. 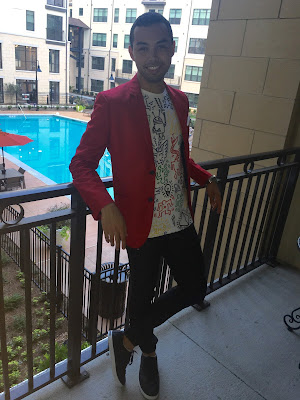 Now for Day 2 I was able to return home to change for the event. I decided to go sportier, yet still bold, and depart from my usual style a bit. I was rocking a Uniqlo t-shirt from their MOMA collection, the blazer is H&M, pants by ASOS, and shoes are Cole Haan! 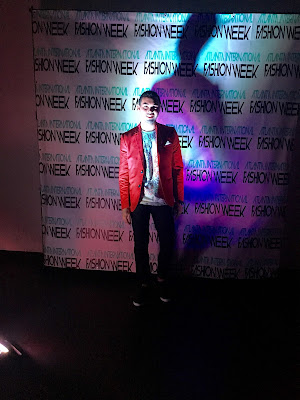 I got great reactions from this outfit and I actually really loved putting it together. Plus, the added benefit of not having to wear a tie is always good! All in all, I’m very glad that I was able to attend the event and can’t wait for next seasons offerings!
JRL
Atlanta blogger bow tie bow ties city clothing dapper dapper man fashion fashion blogger Georgia men's clothing men's fashion Men's Fashion Blogger men's suits menswear menswear blogger Southern street street style suiting suits
0